The “new policing,” as described by Professor Fagan, captures a concerning element of the slow drift of the police profession away from community problem-solving models of policing popularized during the 1980s and 1990s and towards more aggressive enforcement strategies over the last two decades. It is important to note here that the so-called new policing also has desirable elements that better position police departments to enhance public safety and security. The police should embrace an analytical approach to understanding crime patterns and trends. Crime is highly concentrated in small high-risk places, and committed by and against a small number of people who are at high-risk of being the victim of a crime or party to it (Braga, 2012). Police managers should also be held accountable for their performance in detecting and addressing these identifiable risks.

The new policing model unfortunately emphasizes increased law enforcement action over more nuanced prevention strategies that engage the community. One-dimensional and overly-broad police surveillance and enforcement strategies do little to change the underlying dynamics that drive serious urban violence and have generally not been found to be effective in controlling crime (e.g., see Braga et al., 2015). Indiscriminate police enforcement actions also contribute to mass incarceration problems that harm disadvantaged neighborhoods (Young and Petersilia, 2016). This is particularly true when such an approach is coupled with a “crime numbers game” managerial mindset that promotes yearly increases in arrest, summons, and investigatory stop actions as key performance measures (Eterno and Silverman, 2012). Indeed, Professor Fagan makes a strong case that aggressive enforcement strategies in the new policing may heighten racial and economic disparities and possibly reinforce segregation.

Fagan’s essay, however, does not focus on the kinds of crime control strategies that police executives could pursue in the new policing model that would help reduce harmful consequences on poor and disadvantaged neighborhoods. As suggested by former President Obama’s Task Force on 21st Century Policing (2015), police strategies that unintentionally violate civil rights, compromise police legitimacy, or undermine trust are counterproductive. This is precisely why they recommended that law enforcement agencies develop and adopt policies and strategies that reinforce the importance of community engagement in managing public safety. While community policing programs have not been found to be effective in reducing crime, they have been found to generate positive effects on citizen satisfaction, perceptions of disorder, and police legitimacy (Gill et al., 2014). Moreover, community engagement strategies implemented as part of community policing programs can provide important input to help focus problem-oriented policing, hot spots policing, and focused deterrence approaches, which do seem to reduce crime (Weisburd et al., 2010; Braga et al., 2014; Braga and Weisburd, 2012).

Developing close relationships with community members helps the police gather information about crime and disorder problems, understand the nature of these problems, and solve specific crimes. Community members can also help police prevent crime by contributing to improvements to the physical environment and through informal social control of high-risk people. In this way, police strategies focusing on high-risk people and high-risk places would cease to be a form of profiling and become a generator of community engagement projects (Braga, 2016). Indeed, a central idea in community policing is to engage residents so they can exert more control over dynamics that contribute to their own potential for victimization and, by doing so, influence neighborhood levels of crime (Skogan and Hartnett, 1997). Preventing crime by addressing underlying crime-producing situations reduces harm to potential victims as well as harm to would-be offenders by not relying solely on arrest and prosecution actions.

Community engagement in developing appropriately focused strategies would help to safeguard against indiscriminate and overly aggressive enforcement tactics and other inappropriate policing activities, which in turn erode the community’s trust and confidence in the police and inhibit cooperation. Collaborative partnerships between police and community members improve the transparency of law enforcement actions and provide residents with a much-needed voice in crime prevention work. Ongoing conversations with the community can ensure that day-to-day police-citizen interactions are conducted in a procedurally just manner that enhances community trust and compliance with the law (Tyler, 2006).

Community problem-solving strategies, rather than aggressive enforcement, should be the last prong of the new policing model. In the context of racial and economic segregation, the positive impacts of such a policy change could be profound. Reduced mobility driven by fears of undue police attention, financial burdens imposed by fines and other criminal justice system costs, employment and education limitations associated with criminal records, and other negative externalities experienced by residents of disadvantaged neighborhoods would diminish. Effective police-community partnerships could improve the connection of local residents with a range of government and non-profit resources that promote public safety by improving neighborhood conditions. Safer neighborhoods are more attractive to private businesses who can provide jobs and much needed goods and services to local residents. In this way, police departments could be key initiators of longer-lasting social and economic changes that undo the harms associated with racial and economic segregation.

The ideals of community policing have been around for a long time. Unfortunately, many police departments do not seem to be embracing these approaches with fidelity to the original principles (National Research Council, 2004). It is perhaps not surprising that even though community policing has been widely adopted, at least in principle, substantial conflict between police and the communities they serve continues to occur. It is high time that police departments reinvest in implementing community policing with a much more meaningful commitment to problem-solving and prevention-oriented approaches that emphasize the role of the public in helping set police priorities. By doing so, “new policing” strategies can be oriented towards reducing harm while controlling crime.

Braga, Anthony A. and David L. Weisburd. 2012. “The Effects of Focused Deterrence Strategies on Crime: A Systematic Review and Meta-Analysis of the Empirical Evidence.” Journal of Research in Crime and Delinquency, 49 (3): 323 – 358. 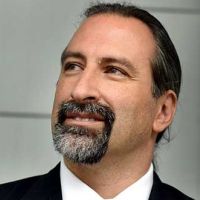 Anthony A. Braga is Distinguished Professor and Director of the School of Criminology and Criminal Justice at Northeastern University’s College of Social Sciences and Humanities.