The Dynamics of Policing and Segregation by Race and Class

Across the country, in courts and legislatures, and in academia, the geographic concentration of harsh policing and “stop-and-frisk” techniques has recently gained attention. Heavy and sometimes harsh policing is inextricably woven into the experience of daily life in a poor, predominantly black or Latino urban neighborhood. In this way, policing creates dynamics that can lock people into poor, predominantly African-American or Latino neighborhoods, as Fagan discusses in his essay. But it also creates dynamics that push others out of whiter and wealthier neighborhoods.

Policing is not necessarily fairer or more effective in whiter or wealthier neighborhoods, at least if you’re black, Latino, or poor. Indeed, the high visibility of minorities, especially young black and Latino men and women, can intensify surveillance for people of color who dare venture beyond ethnic enclaves. Sometimes, when minorities are perceived to be out of place in predominantly white neighborhoods, police can be especially harsh, sometimes even using the threat of arrest to expel black and brown people from predominantly white areas [1]. The combination of race and class marginality (thought to be identifiable in clothing, hair style, cadence, posture, or even the look in a person’s eye) puts particular black and brown people under a special form of threat in a range of middle-class neighborhoods, even in predominantly minority middle-class neighborhoods [2].

Higher-income African Americans and Latinos might avoid living in otherwise “good” neighborhoods where police have a reputation for harshness or bias. While policing does not singlehandedly cause segregation, the presence and reputation of police in certain neighborhoods sends a message to would-be residents who have choices: Stay away.

In June 2014, before the death of Eric Garner and well before the Black Lives Matter movement reached its zenith, I interviewed Jennifer, a 24-year-old middle-income Latina living outside Dallas, Texas, to ask her about her recent decision to move to a different city nearby [3]. When I’d spoken to Jennifer a year earlier, she had hoped to leave her apartment in part because she felt the neighborhood was too racially homogenous; she desired a more diverse neighborhood. But when Jennifer and her husband actually searched neighborhoods for a home, they tempered their desire for a diverse and low-crime neighborhood with the necessity of avoiding racial profiling from the police. When their realtor showed them a lovely home in a predominantly white suburb of Fort Worth, Jennifer and her husband talked to some friends and family and ultimately concluded that they could not move there. “We liked the neighborhood,” Jennifer explained, “It’s just like—they kind of told us that the police over there were like, pretty hard.” Clarifying what she meant by “hard,” Jennifer continued, “Police were like, pretty tough. And when I mean ‘tough,’ I mean kind of, like, racist.” After I asked her to clarify what she meant by “racist,” Jennifer continued, “Where they’re always pulling over Hispanics and blacks, you know? So we didn’t want it.”

Understanding this combination of policing dynamics—locking certain people into predominantly black or Latino neighborhoods, as Fagan describes, and pushing them away from more affluent and whiter neighborhoods—is critical for fully conceptualizing the link between policing and persistent segregation.

[3] These interviews were conducted as part of How Parents House Kids (PIs: Stefanie DeLuca and Kathryn Edin), funded in part by the MacArthur Foundation and the Annie E. Casey Foundation, a study of residential preference and choice among parents of young children in the Dallas, Texas, and Cleveland, Ohio metropolitan areas. 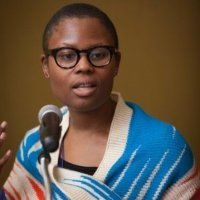 Monica Bell is an Associate Professor of Law at Yale Law School. Her areas of expertise include poverty and welfare law, criminal justice (especially policing and reentry), housing, race and the law, qualitative empirical methods, social inequality, and law and sociology. Some of her recent work has been published in The Yale Law Journal, Law & Society Review, and the Annual Review of Law & Social Science.