The Durable Architecture of Segregation

Sean Reardon and Kendra Bischoff have done much to call attention to increasing economic segregation.  In this blog post, they document that neighborhoods in the U.S. have become increasingly stratified at both extremes—concentrated poverty and concentrated affluence—with fewer neighborhoods that have a broad mix of households of different income levels.  Should we be equally concerned with the concentration of the affluent as we are with the concentration of the poor?  If so, why have social scientists mostly ignored the issue?[1]  If not, why the asymmetry?  Reardon and Bischoff rightly challenge us to address these questions.

Perhaps the scholarly focus on the spatial distribution of poverty rather than affluence can be attributed to the well-documented harms that are visited upon persons who are poor and who also live in high-poverty neighborhoods, harms which add insult to the injury of miserably low family income. The families and children subject to these conditions are among the nation’s most vulnerable citizens.  As such, they are naturally a primary concern of social scientists.

On the other hand, it is equally true that the affluent may be affected in various ways, positively or negatively, by the insularity of living in gated enclaves—whether in old money bastions or the sheetrock mansions of the new suburbs. Perhaps children who grow up in these environments absorb the message that they are destined for greatness and leadership and accomplish important things as a result.  Or perhaps they become oblivious to the reality of the human condition and morph into pompous dullards reminiscent of Thurston Howell III, the marooned plutocrat from Gilligan’s Island.

The harms or benefits that may accrue to residents of neighborhoods of concentrated affluence is certainly an appropriate subject of scientific study.   All aspects of the human condition are legitimate topics of study for researchers.  From a policy perspective, however, concerns about the affluent, who have the power and resources to choose where to live, pale in comparison to concerns about those whose meager resources relegate them to hostile and disadvantaged neighborhood environments.  In that sense, it is tempting to respond to Reardon and Bischoff’s argument with a weary shrug.  Another angle hinted at by Reardon and Bischoff is that the affluent no longer co-reside with the middle-class, yet I am not aware of any research that suggests that the middle class suffers as a result.  They do call attention to “opportunity hoarding,” particularly in relation to schooling.  But does it matter if the affluent do this through paying huge property taxes for superb public education in suburban enclaves or by paying copious tuition to private schools?

Having said all that, I think that there is more to Reardon and Bischoff’s post than a call to be concerned with the fact that concentration of affluence is a thing that is happening out there in the world, and therefore we should study it. We ought to be concerned about rich ghettoes, to abuse the word, not because the concentration of affluence is something that is a worrisome trend in itself, but because this trend is inextricably bound up in societal processes that create and sustain the concentration of poverty. They endorse this view obliquely when they say that poor neighborhoods “may be shaped less by their residents than we think, and more by diffuse and often invisible decisions made by influential people living far away.”

To put the message more bluntly, I would say that we should be concerned about the concentration of affluence because it helps to explain why poverty has become more concentrated and also because it operates to make addressing the concentration of poverty more difficult. The process that creates economic segregation is driven by development decisions made by city governments, both urban and suburban, that bring about increasing economic segregation. Through such devices as exclusionary zoning, public subsidies for segregated developments, and tax abatements to spur gentrification, we are building a durable architecture of segregation.  The housing stock so produced, which will live on for decades, virtually guarantees continued economic segregation and, given that minority groups have fewer resources, racial and ethnic segregation as well.  Moreover, the pace of this new development is faster than that needed to accommodate metropolitan population growth, ensuring that inner cities and older suburbs experience population decline and high vacancy rates.

Thus, I am less concerned than Reardon and Bischoff with the concentration of affluence per se but rather with the profoundly misguided set of public policies that concentrates both poverty and affluence.  And I entirely agree with them that the “secession of the successful,” in Bob Reich’s memorable phrase, makes it more difficult to generate the social empathy and political will needed to reverse our nation’s retreat from the principle of equality of opportunity.

[1] A notable exception is Doug Massey who has repeatedly examined the concentration of the affluent.  E.g. Massey, Douglas S.  1996,  The Age of Extremes: Concentrated Affluence and Poverty in the Twenty-First Century. Demography 33(4): 395-412.  Massey, Douglas S. and Mary J. Fischer.  2003.  The Geography of Inequality in the United States, 1950-2000.  Brookings-Wharton Papers on Urban Affairs. 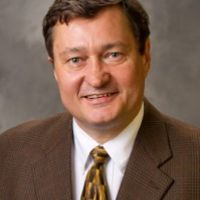 Paul A. Jargowsky is a professor of public policy at Rutgers University and director of the Center for Urban Research and Urban Education. He tweets at @Paul_Jargowsky