In the recent financial crisis, millions lost their jobs; millions lost their homes; and many lost a considerable portion of their household wealth.  As so often seems to be the case, communities of color were hit the hardest, with their net worth being approximately cut in half.

One of the results of the financial crisis was the creation of the Consumer Financial Protection Bureau (CFPB), through the 2010 Dodd-Frank Wall Street Reform and Consumer Protection Act (Dodd-Frank Act). We at the CFPB have several powerful tools to combat discrimination, including supervisory, enforcement, and regulatory authority over two important fair lending laws: the Equal Credit Opportunity Act (ECOA) and the Home Mortgage Disclosure Act (HMDA).

The Equal Credit Opportunity Act, implemented through Regulation B, prohibits lenders from discriminating on a prohibited basis in any aspect of credit transactions.  While the CFPB’s efforts to enforce this broad mandate include focusing on a variety of areas, we have consistently prioritized mortgage lending. Home ownership plays a critical role in wealth-building for consumers, particularly for communities of color, where the greatest source of wealth is the home.

The Home Mortgage Disclosure Act, implemented through Regulation C, requires certain mortgage lenders to accurately collect and report data about, among other things, the race, ethnicity, and sex of home mortgage loan applicants and borrowers.  The CPFB, other federal regulators, community organizations, state and local agencies, and other entities rely on HMDA data to identify possible discriminatory lending patterns and monitor lenders’ compliance with fair lending laws, including the ECOA.

As delinquencies, foreclosures, and other harmful effects of subprime lending unfolded following the financial crisis, it became apparent that communities throughout the nation lacked sufficient information to understand the magnitude of the risk to which they were exposed.  Community groups, local, state, and federal officials relied on HMDA data to identify at-risk neighborhoods and develop foreclosure relief and homeownership stabilization programs.  However, the limited HMDA data presented challenges for those who attempted to create effective and responsive relief programs.

Accordingly, in response to the mortgage crisis, the Dodd-Frank Act directed the CFPB to expand the HMDA dataset to include additional information about applications and loans that would be helpful to better understand the mortgage market. The CFPB recently completed extensive work on changes to Regulation C, expanding the data fields that certain mortgage lenders must collect and report. The new HMDA data fields, which include specific information about borrower credit characteristics, loan terms, and the property securing loans, are designed to serve the purposes of HMDA and to address the informational shortcomings exposed by the financial crisis.  The final rule also imposes a new requirement that certain large volume mortgage lenders report their data to the appropriate Federal agency on a quarterly basis, which will allow more timely identification of trends and risks and allow for more effective interventions or other actions.

HMDA disclosures can help the CFPB identify potential discriminatory lending patterns, including redlining. Mortgage redlining is a form of illegal discrimination in which financial institutions provide unequal access to credit, or unequal terms of credit to applicants or prospective applicants based on the race, color, national origin, or other prohibited characteristics of the people in the prospective borrower’s neighborhood.  HMDA data help us to identify lenders that appear to deviate significantly from their peers in the extent to which they provide access to credit in communities of color, among other things.  In cases where the CFPB observes significant shortfalls in lending to minority communities relative to an institution’s peers, we may take action, which may include scheduling an examination or initiating an investigation to further evaluate this redlining risk.  We may also take action in cases where data reflect “reverse redlining,” or targeting of minority consumers in a geographic area for the provision of credit based on less favorable terms compared to credit provided to non-minorities.

Such fair lending enforcement is not just theoretical. The CFPB, together with the Justice Department, recently resolved claims against Hudson City Savings Bank for engaging in unlawful redlining.  This settlement represents the largest redlining settlement in history as measured by direct subsidies provided to affected communities.

Hudson City’s HMDA data provided key information about the bank’s lending practices.  In addition, the complaint alleged that Hudson City placed its branches and loan officers principally outside of majority-Black-and-Hispanic neighborhoods. Hudson City also focused its limited marketing in neighborhoods with relatively few Black and Hispanic residents and selected mortgage brokers that were mostly located outside of, and did not effectively serve, majority-Black-and-Hispanic neighborhoods.

Professor Faber raises the essential point that racial inequality in lending markets remains a challenge, even in the contemporary U.S. While decades old, HMDA and ECOA are vital tools for fair lending efforts. We at the CFPB have been working hard to ensure that HMDA and ECOA live up to their potential in facilitating the policing of lending markets and ensuring fair access to credit. 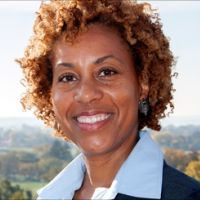