The Connection between Segregation, Predatory Lending, and Black Wealth

The effects of segregation are more ubiquitous than we realize, reaching into a number of different domains. Researchers have long known that it affects schooling opportunities, access to neighborhood amenities, and even access to jobs in some cases. Professor Faber's article reminds us that it also has important implications for wealth accumulation.

Faber points out that the racial wealth gap widened after the 2007 recession. The median White family now possesses about 13 times the wealth of the median non-White family, according to an analysis of Federal Reserve data by the Pew Research Center. At the start of the recession, the ratio was ten. The median White family has ten times the wealth of the median Latino family. The gap was eight prior to the Great Recession.  Because wealth is the most comprehensive measure of the resources that a family has available to it, among the 'other' drivers of opportunity that Faber's article refers to, wealth is probably the most important device that families can use to shape opportunities for their offspring and to weather shocks.

Because the average American family holds the bulk of its wealth in the form of housing wealth, trends in foreclosures such as those mentioned in Faber’s article can be particularly harmful to families. Data from the National Asset Scorecard for Communities of Color Project directed by William Darity and Darrick Hamilton show just how much race structured the likelihood of experiencing the pain of the housing market collapse:  they found that Black homeowners were 80% more likely to find themselves underwater than White homeowners, and that African American homeowners experienced a 45% decline in their wealth, while White homeowners' wealth declined by only 21% following the 2007 recession. These data elucidate Faber's claim that segregation meant that minorities were disproportionately harmed by the foreclosure crisis.

That segregation can impact a family's prospects for wealth accumulation also is underscored by research showing that, even in non-recessionary times, homes in predominately White neighborhoods appreciate much more rapidly than those in predominately Black areas. For example, a recent article by Sandra Newman and Scott Holupka found that homebuyers who were African American did not see the types of gains in terms of price appreciation that White homebuyers did during the boom years preceding the Great Recession, and their analysis suggests that this outcome can be attributed partly to differences in the rate at which home values rose across neighborhoods.

So what is a society to do? As a researcher interested in helping families build wealth, I would caution Faber not to be too dismissive of financial education efforts. Financial literacy levels are low throughout the United States, and this has implications for much more than mortgages. For example, it also influences people's ability to save adequately for retirement. While researchers and practitioners in the field caution that financial literacy and financial education are complex terms and that measuring literacy levels is not always easy, there does appear to be a consensus in the literature that a sizeable fraction of Americans struggle with concepts as basic as interest compounding. If we want widespread homeownership in the United States, it seems important to help ensure that all citizens have the basic skills to determine the true cost of home loans, understand the way their payments will be structured, and identify the degree to which the interest rate that they are offered varies from the prevailing rates. Existing programs to address financial literacy vary. Some take the form of financial counseling programs specifically tied to the home buying stage (such as the Indiana Neighborhood Housing Partnership's program); while other initiatives focus on imparting a broader set of financial skills and reasoning abilities at the high school stage, which is important for young people about to enter credit markets for the first time (to buy their first car, or to get a college loan, for example). All effective programs should be funded and expanded given the high rates of financial illiteracy in the U.S.

Financial education programs can also work as a supplement to direct market regulation. While it is true that there is no good reason to allow dangerous products to come to market, sometimes it is hard to predict, ex ante, what will be dangerous. If the history of banking has shown us anything, it's that the financial sector innovates at a rapid pace. While one definitely wants regulators who are trying to stay on top of the new products coming to market, it is unrealistic to think that regulatory authorities will be able to anticipate all the problems that could emerge with any given innovation. It will always be important for consumers to be as knowledgeable as possible.

Proposing to expand HMDA data collection is laudable. A more aggressive policy intervention would be to call for principal reduction efforts for homeowners in the communities that were targeted by subprime lenders. While there are potential moral hazard problems to be considered, helping families would arguably be worth the tradeoff. After all, moral hazard concerns were waived at times during the financial crisis in order to provide liquidity to several financial institutions.

Faber argues that the financial crisis may have been exacerbated by the segregated nature of U.S. metropolitan areas. Importantly, he also connects the racial differences in housing market outcomes that families experienced during the recent recession to the racial wealth gap. The challenge we face now is how to move forward—both to dismantle segregation and to mitigate its damaging effects on wealth accumulation. 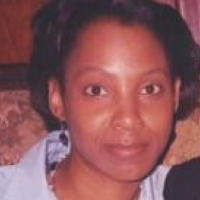 Associate Professor at the NYU Gallatin School of Individualized Study