In their essay, Professors Reardon and Bischoff provocatively suggest society should pay more attention to the residential isolation of the affluent. They posit that hypersegregation at the high end of the income scale allows the wealthiest families in metropolitan areas to hoard resources and power for themselves while cutting out the other 90% of the population. Their analysis also suggests that residential isolation itself, and the lack of incidental social contact it implies, works against any willingness of the well-off to share their bounty. If rich families were physically dispersed throughout the metropolitan area so that they shared neighborhoods, services, and amenities with other families, the argument runs, the affluent would have both a literal and empathic stake in the lot of the middle- and lower-income classes.

In this response, I want to raise three questions prompted by this analysis. First, is greater residential dispersion of the most affluent necessary to counter the effects Reardon and Bischoff identify? Second, is it sufficient to address those effects? And third, is it feasible?

Is dispersion of affluent families necessary?  As the title of this post implies, we might first wonder whether countering the negative effects of high-end income segregation requires greater dispersion of the wealthy themselves, or simply greater dispersion of their wealth. That depends on whether the relevant aspects of their affluence come in spreadable form. Can the necessary resources be feasibly shifted to middle- and low-income families without bringing the wealthy themselves along for the ride? Here, it matters whether the affluent are thought to be husbanding within their enclaves (merely) money and political efficacy or also transmissible attributes, skills, contacts, and so on that can only be provided in person. The former might be addressed through political or fiscal changes, at least in theory. The latter would seem to depend on some form of social proximity, for which residential proximity might serve as an input.

Is dispersion of affluent families sufficient? We might next wonder if a broader residential dispersion of affluent families would produce the hoped-for gains. This depends on what it is, exactly, that we hope the affluent will transmit to, and receive from, their neighbors. As an example (and perhaps metaphor), consider the recent controversy over a separate “poor door” for the subsidized residents of complexes that are otherwise occupied by affluent families.[1]  The more we think that personal social contact is necessary to “spread the wealth,” the more residential proximity might seem to matter—but the more contingent its success becomes on how residential proximity cashes out on the ground.  The way in which the dispersed affluent would obtain services in economically integrated neighborhoods also matters.  For instance, having many affluent families in a given school district may not necessarily translate into more support for the public schools, if those affluent families overwhelmingly opt for private schools.

Another facet of the “sufficiency” question goes to the different ways in which dispersal might occur. The astonishing visual symmetry between the growing hypersegregation of the top and bottom portions of the income spectrum revealed in Reardon and Bischoff’s bar charts might lead us to think that reductions in hypersegregation at the top would be automatically matched by mirror-image reductions in hypersegregation at the bottom.  But this does not seem inevitable. Suppose, for example, that the top 10% in income became far less residentially isolated from the next 40%, but that the entire top 50% remained wholly separate from the bottom 50%, and especially starkly divided from the lowest 10%.  This might leave those at the lower end of the spectrum even worse off from a political perspective than the current state of affairs, in which 90% of the population shares the condition of being residentially separated from the top 10%.

Is dispersion of affluent families feasible?  Suppose we determine that there are real gains to be achieved by deconcentrating the highest-income families. Can it be done?  Reardon and Bischoff say that no one should be forced to live in a particular place. But there are many other ways that law and policy can reconfigure the slate of residential alternatives. Existing residential choice sets have been heavily shaped by conscious governmental acts, from land use laws that control the location of different kinds of housing stock to financing mechanisms for schools and other services.[2]  If well-off families must choose between a census tract filled with spacious single-family homes on large lots in an excellent school district, and a tract filled with low-rent apartment houses and run-down bungalows on tiny lots served by a failing public school, we should not be surprised if they overwhelmingly choose the former. If the affluent could find the same quality of home in a mixed income area with access to good schools—a reality that law and policy could deliver—their pattern of choices might look very different.

Then again, they might not. Part of what people choose in selecting a home is a set of neighbors.[3]  One’s neighbors co-produce the neighborhood environment and other important local public goods[4]—and people may resort to rough proxies like wealth in choosing them.  Another factor relates to home values—many affluent families may be happy to share neighborhoods with less well-off families but may fear that those to whom they will later need to sell their homes will feel differently.[5] These factors may call for nuanced interventions, from policies that help foster a “critical mass” of good neighborhood contributors to innovations that alter how the risk of changing home values is allocated.[6]

The questions I have posed are empirical ones and their answers are unclear. By shining a light on residential isolation at both ends of the income spectrum, Reardon and Bischoff  have advanced our understanding of metropolitan income segregation and have laid the foundation for asking and answering these questions.

[2] Although the focus here is on income segregation, the role of past governmental acts in producing and reinforcing patterns of racial segregation that continue to influence housing patterns today must also be emphasized.  See, e.g., Adam Gordon, The Creation of Homeownership: How New Deal Changes in Banking Regulation Simultaneously Made Homeownership Accessible to Whites and Out of Reach for Blacks, 115 Yale L.J. 186 (2005).

[5] See, e.g., William A. Fischel, The Homevoter Hypothesis (2001) (emphasizing the role of homeowner risk aversion with respect to home values).

[6] See, e.g., Lee Anne Fennell, The Unbounded Home (2009) (discussing and citing literature relating to these and other possibilities). 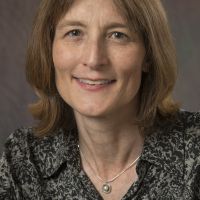 Lee Fennell is the Max Pam Professor of Law at the University of Chicago Law School.