Segregation May Hurt Minorities, But Its Role in the Foreclosure Crisis is Far Less Clear

In his essay, Jacob Faber argues that racial segregation exacerbated the great recession. He bases this view on two major premises: 1. That residential segregation is a long standing feature of U.S. cities that has had significant negative effects on African-Americans, and 2. That poor African-American neighborhoods were disproportionately affected by the subprime lending boom and the foreclosure crisis that followed. Both of Faber’s premises are correct, but his conclusion does not follow inevitably, and the evidence indicates that it is overstated.

A long literature, spanning many decades, has documented both the persistence of racial segregation and the negative effects of segregation on African-Americans. Meanwhile mounting evidence demonstrates that African-American borrowers were more likely to take out subprime loans and experienced substantially greater increases in foreclosure rates during the crisis. In my work with Pat Bayer and Fernando Ferreira (NBER Working Paper #20762, 2014), we document that most of the racial and ethnic differences in the incidence of high cost lending are associated with across-lender differences, rather than within lender, even though across-lender differences were relatively unimportant in explaining racial differences in foreclosure. In new analyses for that paper, we show that the vast majority of the across-lender differences in price were attributable to lenders that had very high ex-post foreclosure rates, and that those high foreclosure risk lenders served a disproportionate share of minority and subprime credit score borrowers and issued a disproportionate share of high loan-to-value ratio loans.

Further, in other work, I have shown that a low-cost loan originated in a neighborhood and year when many high-cost loans were being originated was substantially more likely to enter foreclosure during the crisis than other low-cost loans in the same location, and this potential spillover of high-cost lending appears to be driven by the market concentration of high-cost lenders in the neighborhood. In addition, I know from first-hand experience reviewing loan documents that loans made to minority borrowers in low-income neighborhoods during the crisis often had severely predatory attributes.

While these patterns are disturbing and should be monitored, the concentrated effects of subprime lending and the foreclosure crisis among minorities and low-income, often segregated, neighborhoods does not imply that the concentration of subprime lending in minority neighborhoods is either the major driver of minority foreclosures or a critical exacerbating factor in the overall foreclosure crisis. The problem with this logic is a classic fallacy of composition. Most of the observed racial differences in foreclosure are driven by traditional risk factors that are relatively unrelated to the concentration of high-cost lending and foreclosures in largely minority neighborhoods. In other work with Pat Bayer and Fernando Ferreira (American Economic Journal: Economic Policy; 2016), we find that most of the racial and ethnic differences are concentrated among borrowers who bought their house near the peak of the market (even after controlling for current levels of negative equity). Standard risk factors, such as credit score, loan terms, and metropolitan-wide housing price and employment shocks, explain 80 percent of the racial differences in foreclosure among recent homebuyers. Further, the racial differences that remain are primarily concentrated among borrowers who either faced larger employment shocks or were less able to manage an income shock (high expense ratios or low credit scores).

Similarly, even though minority borrowers and disadvantaged neighborhoods were disproportionately affected by the foreclosure crisis, it seems unlikely that those loans were especially important drivers of the overall crisis. The majority of homeowners in this country are white. The majority of minority homeowners are middle to upper income minorities living in middle income, suburban communities. Further, when we consider capitalization, rather than the number of loans, a huge fraction of the market capitalization of the mortgage market is outside of the types of neighborhoods that I have seen most victimized by predatory lending, neighborhoods where housing prices tend to be low. Recent work by Adelino, Schoar and Severino (NBER Working Paper #20848, 2015) is especially informative on this point. They document that the expansion of mortgage credit during the crisis was spread evenly over the entire income distribution and that the share of mortgage dollars in delinquency attributable to low income groups actually fell during the crisis. Therefore, it is my view that the vulnerable populations of minority and low-income borrowers that were clearly disproportionately and unfairly affected by subprime lending activities was simply too small to be a major driver of the macroeconomic crisis. 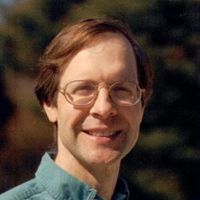 Professor of economics at the University of Connecticut