Mariana Arcaya and Alina Schnake-Mahl highlight important concerns around segregation and its contribution to poor health among minority communities. One issue to further focus on is the average quality of health care providers serving minority communities and how it may be affecting health outcomes of minority populations.

As the authors point out, there is an abundance of evidence that shows Blacks and Hispanics are much less likely to receive evidence-based care. Underuse of effective care has often been attributed to lack of access to health care,(1) and therefore, much of the focus has been on improving access for minority patients, for example through insurance expansion under the Affordable Care Act.

However, one recent study highlights the complex relationship between minority status and the U.S. health care system. Schpero and colleagues found that Blacks and Hispanics are actually more likely to receive low-value services compared to Whites,(2) which are tests and treatments that are considered unnecessary, economically inefficient, and in some cases, right out harmful.(3) Therefore, optimism around reducing disparities in minority communities through increased access alone should be tempered. Further work is needed to determine why exactly minorities are consistently less likely to get things they really need and more likely get things they may not, even after accounting for differences in insurance and income.

One potential explanation is that providers, including doctors and hospitals, that disproportionately care for minority populations may generally not be as good as others. Care for minority patients tends to be highly concentrated. For example, about 10% of U.S. hospitals care for nearly half of all black elderly patients(4) while just 5% of hospitals care for more than half of elderly Hispanics.(5) These minority-serving hospitals tend to provide worse quality of care,(6) with higher rates of hospital readmissions(7-9) and lower patient experience scores.(10)

Many are quick to point out, and rightly so, that health care providers that serve a high proportion of minority patients are dealing with more complex populations with a higher burden of socioeconomic issues. Therefore, it should not be surprising that they perform worse, especially given the lack of risk-adjustment methods that adequately account for social and medical complexity when evaluating quality.

However, minority-serving providers have also consistently underperformed on numerous evidence-based clinical process measures and are less likely to engage in strategic efforts to improve care for their patient populations. Providers have more control over meeting process measures than clinical outcomes, and so they should arguably be held more accountable for underperformance in these measures. For example, minority-serving hospitals are less likely to adhere to evidence-based clinical processes for common medical conditions like heart failure and pneumonia.(6) They are also generally less likely to invest in health IT systems, hire dedicated care coordination staff, engage in post-discharge programs, and have lower nurse-staffing ratios.(11, 12) Similarly, minority-serving accountable care organizations (ACOs), which are a group of doctors, hospitals and other providers that come together to voluntarily be responsible for the care of a group of patients, also lag in quality performance, including on measures of preventive health and chronic disease management.(13)

There are exceptions of course. In some cases, highly ranked academic medical centers in urban areas serve poor and minority neighborhoods. However, this is not often the case for many minority communities across the US.

What complicates matters more is that payment for health services in the U.S. is increasingly tied to health care performance, for example through alternative payment models like ACOs and hospital pay-for-performance programs.(14) Already, institutions that care for minority patients are more likely to have limited financial resources at baseline, and early evidence suggests that minority-serving hospitals and ACOs are much less likely to receive financial rewards under these new programs. (13, 15, 16)

As we consider how to improve health of minority communities, it is therefore essential that we take a closer look at the quality of the providers that care for them. Improving access to health care alone is insufficient. Targeted efforts and quality improvement interventions aimed at minority-serving providers offers one promising approach to improve the health of minority populations. 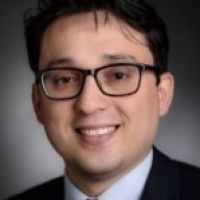 Jose F. Figueroa is an Instructor of Medicine at Harvard Medical School and an Associate Physician at Brigham & Women’s Hospital.