As Raphael Bostic notes, fair housing and community development interests don’t always align. It’s true in advocacy, in academia, and even within government. After a cogent description of these tensions and a reasonable explanation for why they persist, Professor Bostic closes with optimism: “There should be a way to reconcile these two different approaches.” What might that way be?

In practice, the answer depends on context, as U.S. regions are on divergent trajectories. Across the Great Lakes region, one city after another has lost thousands of people over the past 20 years—especially people in their twenties and thirties, who have moved not just to Great Lakes suburbs but also to other parts of the nation. On net, many of the region’s metropolitan areas have already lost population, a process that will accelerate as mortality begins to claim large numbers of Baby Boomers, unless economic rebirth does more than just slow outmigration. The result may already be emerging as a “generational housing bubble,” as Prof. Bostic’s USC colleagues Dowell Myers and SungHo Ryu have called it.[1] In regions facing this generational reorientation of their housing markets, the main housing problem is not gentrification or high housing prices—the existing stock costs much less to buy than it does to build—but a housing surplus. Even as housing demand has waned, housing supply has grown. For every household Michigan added between 2000 and 2010, its communities issued over four residential building permits for new construction. Efforts to rebuild old neighborhoods are likely to fail for both fair housing and community development if this overbuilding does not stop. To shore up community development efforts, cities will need to demolish abandoned, obsolete, and unwanted housing to balance demand and supply even if new construction at the fringe is controlled. It would take monumental, regionally coordinated initiatives to balance housing supply and demand to the extent that large numbers of white households would move into predominantly African American neighborhoods. Considering the implausibility of such initiatives, fair housing goals will need to be met through housing measures (e.g., tenant-based assistance) and transportation mechanisms (e.g., affordable and reliable access to automobiles) that will allow low-income African Americans to move to higher-opportunity neighborhoods. Additional efforts also need to build the capacity of the workforce to move into jobs being vacated by retiring Baby Boomers and to reorient and stabilize regional economic bases.

Other regions, however, are still growing fast; depending on immigration reform and economic recovery, we could grow by another 50 million people by the 2030s even as the Boomers pass away. As my colleague Margery Austin Turner and I have written, just 15 large and diverse regions accounted for three-quarters of the nation’s growth in people under 20 years old between 2000 and 2010. This growth is already transforming formerly white/black regions into complex multiracial areas in which cities and suburbs alike are increasingly diverse. Community development in these contexts needs to take a “both-and” approach. The prospect of millions of new residents represents a dramatic opportunity to meet both fair housing and community development goals in these fast-growth regions, like Houston, Dallas, Atlanta, Charlotte, Raleigh, and Austin. Cities, states, and the federal government can enact policies and make investments to encourage community development that refreshes older, affordable neighborhoods for new generations, taking pains to ensure their continued affordability as their favorable position in sprawling regions makes them more valued locations. They can ensure the construction of new neighborhoods and districts with mixed land uses and housing types, with housing affordability built in from the start. Efforts to ensure affordable and reliable car access can play a critical role in meeting community development and fair housing goals in these regions too.

Regardless of the regional context, our policies for community development and fair housing need to be reoriented so that they anticipate the future. Too often, we make policy through a foggy rearview mirror rather than using data and wisdom to look out the windshield to how our regions, cities, and neighborhoods are likely to change in the coming decades. We can already see the territory we’re entering, one in which metropolitan areas are growing more diverse and aging, thanks to projects like PolicyLink’s National Equity Atlas, the Brookings Institution’s Metropolitan Revolution andDiversity Explosion, and the Urban Institute’s forthcoming Mapping America’s Futures. Using such tools, policymakers, researchers, and the public will be able to take that longer-term future view and that develop fresh approaches that justify Professor Bostic’s optimism.

[1] Myers, Dowell, and SungHo Ryu. 2008. "Aging baby boomers and the generational housing bubble: Foresight and mitigation of an epic transition." Journal of the American Planning Association 74.1: 17-33. 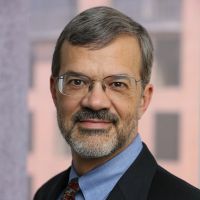 Rolf Pendall is the director of the Urban Institute’s Metropolitan Housing and Communities Policy Center. He tweets at @rolfpendall.