The “new policing” has been widely adopted both in the U.S. and internationally for over two decades, following a pattern common to the diffusion of innovation [1]. The regime combines advanced analytics to pinpoint allocations of officers, new forms of strict management accountability, and aggressive tactical enforcement of public order crimes or violations. That last prong, the policing “model,” varies from place to place, but generally includes high rates of investigative stops both of pedestrians and vehicles, arrests for minor misdemeanors, and summons for violations of civil ordinances such as open containers of alcohol or high weeds. Most stops result in no action: no one is arrested or issued a summons, and rarely do the police find weapons or other contraband [2]. The interactions can be noxious if not violent, and the petty and not-so-petty indignities and perceived injustices of these stops can produce a strong sense of legal cynicism, and in turn, withdrawal of cooperation with police [3].

If arrested, some face a night in jail awaiting a court appearance, others spend longer times in jail if they cannot make bail. Others face repeated court dates to resolve their cases, costing them lost days of work. Once in court, the menu of fines and fees ranges from detention fees to filing fees to drug testing fees to electronic monitoring fees that challenge their ability to pay [4]. Many plead guilty simply to escape those intrusions and obligations. Arrest warrants are issued to those who fail to appear for court dates or who are unable to pay fines, transforming what might have been a non-criminal violation into a criminal matter [5]. The stigma costs of a misdemeanor conviction can lead to problems with housing, jury service, employment, and schooling. On top of these burdens, research on the “new policing” leaves some doubt as to its contributions to public safety and urban life [6].

Also, the effects of the new policing are highly racialized: relative to crime rates, whether at the tract or precinct or neighborhood level, the rate of stops of Black and Latino people are higher than the local crime or social conditions would predict [7]. The same is true for misdemeanor arrests [8]. So, when court cases result in monetary fines or fees, the burden falls disproportionately on non-Whites [9]. These fees amount to a racial latent tax that reaches into the pockets of mostly poor and predominantly minority citizens, deepening any pre-existing impoverishment [10] while aggravating racial disparities in criminal justice [11].

The combination of criminal sanctions and mounting fees tends to reinforce both social and spatial boundaries, and in turn deepen racial and economic concentrations in “poverty traps.”[12] In effect, the new policing reinforces segregation by imposing a criminal justice tax on everyday movements and activities. In places as disparate as Ferguson and the South Bronx, the threat of police contacts or criminal sanctions, with both monetary costs and the threat of jailing, raises the transaction costs for Black and Latino persons to move freely within their neighborhoods and as well as when they cross racial boundaries. Since police deployments and actions are racialized and focused in poor and segregated places, police reproduce inequality, racial stratification, and segregation through criminal legal enforcement actions that constrain mobility [13]. In other words, when police routinely intervene in the everyday lives of citizens, they impose interaction costs that deter residents from moving freely.

When police actions produce legal and economic consequences for those already in disadvantaged social positions, those consequences effectively lock them in already disadvantaged places [14]. Stops and arrests also create the risk of heightened police surveillance and then harsher treatment in the courts for any subsequent appearance [15], and also spill over to bias in the form of exclusions from serving on juries [16] or college enrollment, attendance and achievement [17]. Neighborhoods stigmatized by crime and arrests are unattractive for investment, where economic segregation coincides with residential segregation [18]. Limited access to capital further attenuates the ability of minority business borrowers to invest and multiply their capital, cutting off opportunities for local economic development to the point where it becomes endemic to the neighborhood [19]. Both the stigma and monetary costs of legal interventions and the dignity costs of police intrusions help to enforce racial boundaries. In other words, stops and arrests will beget stops and arrests and “spillover discrimination,” simply by stigmatizing a neighborhood as a “high crime area.” [20]

The conflation of racial segregation and economic mobility means that, typically, a black adolescent or young adult male in U.S. cities lives in very different economic and social circumstances than his white counterpart: different types of schools, different social networks, different levels of access to social capital leading to crime, and different exposure to the police and a “high risk of physical injury, violent death, and criminal victimization.” [21] People in places with high levels of racial fragmentation and income inequality have less access to public goods, and lower levels of civic engagement that might alleviate those conditions [22]. Residents of predominantly minority and low-income neighborhoods have limited access to the types of everyday material services (such as, libraries, supermarkets, parks, and cultural institutions) that characterize economically better-off places [23]. Several studies report that racial segregation exacerbates the prevalence and severity of health disparities [24], and is a fundamental cause of racial disparities in health [25]. Although research on stressors has not looked (yet) at police treatment, some studies have shown the psychological impacts on mental health of harsh interactions with police in the context of new policing [26].

Research to make these connections is still new, but both theory and data are available to test and elaborate these dynamics. In addition to these indicia of disadvantage, new studies are underway to examine whether policing influences rates of bankruptcy, foreclosure, inequality and downward mobility. The good news here is that in many places, crime rates remain relatively low compared to earlier decades. The bad news, then, is that policing has become further disconnected from crime, or from judging guilt and innocence, and more closely tied to the racial composition and economic position of neighborhoods. That is indeed bad news.

[21] Douglas A. Massey, Getting Away with Murder: Segregation and Violent Crime in Urban America, 143 U. Penn. L. Rev. 1203, 1210 (1995) (describing the mechanisms by which segregation creates conditions leading to elevated risks of violent crime victimization). 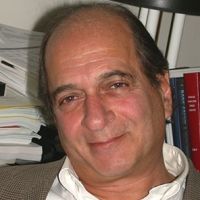