Making Our Assumptions About Integration Explicit

The idea that residential integration is a desirable goal is shared widely. But the underlying assumptions about why it is desirable often are left unstated. When the rationale for integration is left implicit, there is the potential to reify unstated assumptions about the depravity or deficiencies of segregated groups and the virtues of the dominant group. Mary Pattillo’s post provides a powerful argument about the pernicious nature of such unstated assumptions.

Despite this danger, there are valid and important reasons to believe that integration is an important goal worth pursuing through public policy. How, then, can we negotiate this tension between the dangerous assumptions lying just beneath the surface of the integration debate, and the practical benefits of integration?

I argue that we should start by making explicit the rationale for residential integration. By being explicit about why integration might be thought of as a desirable goal, we allow all of our unstated assumptions to rise to the surface and be subjected to critique. In doing so, we can clarify what social outcomes are advanced by confronting residential segregation, and what mechanisms are most appropriate for reaching those outcomes.

I believe that most of these assumptions can be questioned, if not altogether rejected, on both empirical and normative grounds. Most available evidence shows that integration through housing policy does not generate meaningful interaction across racial or class lines.[1] Although the literature is complex, I have seen little persuasive evidence for the hypothesis that neighborhood integration enhances social trust or reduces racial prejudice.[2] And Mary’s post provides a compelling argument about the dangerous assumption that living near whites is inherently beneficial, or that living amongst other black Americans is inherently harmful.

A second rationale for racial integration is based on the assumption that segregation is driven largely by racial discrimination in the housing and lending markets. The dual goals of reducing housing discrimination and promoting integration have been linked together since the passage of the Fair Housing Act of 1968, and some advocates for fair housing continue to portray them as one and the same. The best experimental evidence tells us very clearly that racial and ethnic discrimination is present in urban housing markets.[3] However, I read the results of the most recent housing discrimination study as evidence indicating that blatant racial discrimination is unlikely to be an important contributing factor to racial segregation.[4] Informal discrimination and hostility remain significant barriers to housing opportunity for black families, yet are very difficult to address through existing fair housing policy. Reducing discrimination in the housing and lending markets is an important goal in its own right—however, my sense is that doing so would not reduce racial segregation substantially.

As is probably clear, I am skeptical of these first two rationales for racial integration. I don’t think housing policy has been shown to be effective in generating interracial contact, nor do I think that contact and interaction are particularly important goals to pursue through public policy. Reducing discrimination is an extremely important goal for the advancement of social justice, but it is distinct from the goal of racial integration. I am doubtful that reducing discrimination in the housing market would have a substantial effect on levels of racial segregation.

Still, I believe that racial integration is an important social goal, for a third reason. Residential segregation provides a mechanism for the reproduction of racial inequality. Living in predominantly black neighborhoods affects the life chances of black Americans not because of any character deficiencies of black people, not because of the absence of contact with whites, but because black neighborhoods have been the object of sustained disinvestment and punitive social policy since the emergence of racially segregated urban communities in the early part of the 20th Century.[5] Residential segregation has been used consistently over time as a means of distributing and hoarding resources and opportunities among white Americans and restricting resources and opportunities from black Americans. Racially segregated communities provide one of several mechanisms through which racial inequality is made durable.[6]

By making explicit the rationale for racial integration it is possible to have a clearer discussion about the outcomes we hope to achieve through integration. It is then possible to consider the range of mechanisms that may be most effective in reaching those outcomes.

In my view, confronting racial segregation should be seen as one way to weaken a core mechanism by which racial inequality is maintained and reproduced in America. However, it is not the only way, and one could make a strong case that it is not the most effective way. In my recent book I argue for a greater focus on sustained investments in nonwhite, low-income communities.[7] I agree with Pattillo in thinking that this type of durable investment represents “the real stuff of equality.”

[2] Although it can be interpreted in multiple ways, Robert Putnam’s research based in the US provides the most well-known refutation of the idea that community diversity leads to social trust: Putnam, Robert. 2007. “E Pluribus Unum: Diversity and Community in the Twenty-First Century: The Johan Skytte Prize Lecture.” Scandinavian Political Studies, 30 (2), 134–67. See also: Sigelman, Lee, Timothy Bledsoe, Susan Welch, and Michael W. Combs. 1996. "Making contact? Black-white social interaction in an urban setting." American Journal of Sociology 101:1306-1332.

[7] Sharkey, Patrick. 2013. Stuck in Place: Urban Neighborhoods and the End of Progress toward Racial Equality. Chicago: University of Chicago Press. 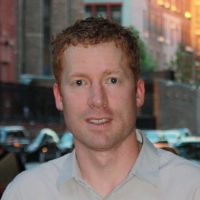 Pat Sharkey is an Associate Professor of Sociology and a Straus Fellow at New York University. He is author of the book, Stuck in Place: Urban Neighborhoods and the End of Progress Toward Racial Equality.