When it comes to local preferences, local context makes all the difference.  While prioritizing a percentage of affordable homes in a neighborhood for local residents could advance fair housing and community stabilization goals in gentrifying neighborhoods, a similar policy would perpetuate segregation and inequality in areas that are already wealthy and predominantly white. Our fair housing laws are flexible enough to embrace this reality and permit local preferences in some places while prohibiting them in others.

Tectonic shifts are reshaping the geography of opportunity in regions and cities throughout the country. On the West Coast, in the Northeast, and in many other places, long-neglected urban neighborhoods are rapidly gentrifying.  And suburban poverty is on the rise almost everywhere. At the same time, more traditional patterns of exclusionary privilege and concentrated poverty persist. These complex dynamics demand comprehensive and nuanced public policy intervention – driven by organizing and power-building in low-income communities of color –  to increase opportunity for those from whom it has been systematically denied for generations. We must analyze the legal and real-world implications of housing policies against this shifting terrain and embrace local solutions that respond to local challenges.

Not since the post-war period have metropolitan regions undergone structural transformation on this scale.  Private tastes, profit-seeking, and government policies are again embracing urban living, inundating long-neglected areas in many cities with new buildings, new money, and new residents.  For decades, communities of color were effectively trapped in cities gutted by public and private policies such as redlining, white flight subsidized by the interstate highway network and home mortgage interest tax deduction, the dismantling of local transit infrastructure, and the decline in manufacturing and military jobs. Today, however, low-income people of color are being forced out of many of these previously “undesirable” neighborhoods by skyrocketing rents, evictions, foreclosures resulting from racially targeted predatory lending, and militarized police and “private security.”

Gentrification and displacement is the new frontier of racial exclusion, and it is driving re-segregation of cities and regions. As opportunity increases in urban neighborhoods, people of color are generally forced out to low-opportunity suburbs and exurbs. For example, between 1990 and 2010, San Francisco and Oakland lost 35 percent of their African American residents – 84,000 people – while the overall population grew by 9 percent; and in Silicon Valley, African Americans declined by 46 percent while the region grew by 16 percent. These refugees have largely landed in far-flung exurbs such as Antioch and Tracy that have limited access to jobs, transit, social services, and other resources.  Similar patterns are occurring in many other regions nationwide. The white population increased in nearly half of the 50 largest cities between 2010 and 2014, and a majority of low-income people now live in suburbs.  Equally important when considering local preferences is the realization that racialized displacement is also playing out at the neighborhood level, which can be masked by city-level data. San Francisco’s Mission District, for example lost 27 percent of its Latino population between 2000 and 2013 even while the city’s overall Latino population increased by 13 percent.

The individual and community costs of displacement are well documented. An involuntary move to a new town or even to a new corner of the same city can disconnect people from their families and support systems, make it difficult to get to work and worship, and disrupt the networks that ground community and political power.

To avoid these harms and secure affirmative benefits, many people want a safe, healthy, stable, and affordable home in their current community. A local housing preference can help to achieve this along with other policies to promote healthier neighborhoods and the opportunity for low-income people to stay in them if they so choose: rent control and just cause eviction, minimum wages and middle-wage job creation, training and career pathways for people with barriers to employment, local business preservation, restrictions on conversion of apartments into condominiums or hotels, community-directed infrastructure investments, and affordable housing production strategies, to name just a few.

In this context, local housing preferences can be a powerful tool to help stabilize communities and promote fair housing and integration. Gentrification often brings new housing development – mostly for wealthier newcomers – and new jobs – highly-paid white collar jobs for those with advanced degrees and a larger set of low wage retail, service, and support jobs for the rest. Given the persistent correlations between race, income, and education, these patterns often mean that white residents are flooding into neighborhoods that have previously been home to a mix of non-white populations.  While the influx of white professionals into neighborhoods of color might appear to be creating integrated neighborhoods, this is likely to be true only for a short period of time before the process culminates in wholesale displacement and re-segregation.  In such cases, local housing preferences can help anchor communities of color which are at risk and promote stable integration over the long term.

Notably, neighborhood preference policies should, and do, include safeguards to balance community stabilization and open access. They universally apply to only a percentage of affordable homes in a neighborhood, helping ensure that they do not unduly restrict mobility or individual choice.  Moreover, the number of people given priority access can be increased in ways that respond to real community needs and increase the size and diversity of the applicant pool.  Local low-income workers, not just residents, should generally be given preference. And in places where some displacement has already taken place, it makes sense to include former residents as well as current ones.

We must also remember that local preferences can easily be misused in places with exclusionary histories and current practices to deny people of color equal access to opportunity.  In affluent white neighborhoods and suburbs, local preferences are likely to perpetuate segregation:  they should be examined closely and are likely to run afoul of the law.

A locally responsive approach to evaluating local preferences is fully consistent with fair housing laws, which are designed to promote integration and equal opportunity, not to mandate a one-size-fits-all set of housing policies.  A sound neighborhood preference policy should take this into account, however, perhaps by permitting local preferences only in areas with below median income and/or only when a neighborhood currently meets some minimum threshold of racial diversity.

Given the shifting ground in metropolitan regions across the country and the very real danger that we are moving toward renewed segregation – only this time with low-income people of color relegated to the outskirts as they already are in many regions globally – it is vital that all tools, including local housing preferences, be considered and deployed strategically to anticipate and head-off such an outcome while we still have the chance. 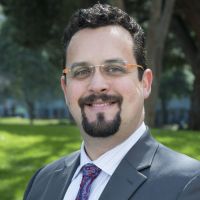 Sam Tepperman-Gelfant is a Senior Staff Attorney at Public Advocates Inc., a nonprofit law firm and advocacy organization, which tweets at @publicadvocates.