Professor Jerry Kang provides a thoughtful discussion of how the social psychological science of implicit bias can affect how we understand the causes of racial segregation in neighborhoods.  Kang explores how the subtle, unconscious nature of implicit bias contributes to the misperception that segregation is not caused by ongoing, current discrimination and thus may diminish any sense of moral urgency in response to the continuing racial division in many communities.

As Kang points out, implicit bias can contribute simultaneously to perpetuating segregation and hiding the present-day discrimination that facilitates that segregation.  It is also true that neighborhood dynamics can affect individuals’ mental associations and implicit biases.  Specifically, diverse neighborhoods can play an important role in reducing bias by facilitating intergroup contact among residents.

With scholarship related to debiasing perceived by some as the “holy grail of implicit race bias research,”[1] researchers have studied various interventions designed to change the mental associations that undergird implicit bias.  While implicit biases are deeply entrenched, research suggests that implicit associations are malleable and may be changed through conscious efforts that involve intention, attention, and time.[2]  One known debiasing strategy is intergroup contact.  Stemming from psychologist Gordon Allport’s seminal work[3] on intergroup contact theory in the mid-1950s, current research consistently suggests that intergroup contact yields more positive feelings about outgroups[4] and reduces intergroup prejudice.[5]

While other settings, such as schools or workplaces, may yield greater intergroup contact opportunities,[6] neighborhoods may still have a debiasing effect, as they can provide an environment that encourages prolonged interpersonal contact.  Research by Nilanjana Dasgupta indicates that “being embedded in naturally existing local environments that facilitate positive contact with members of stereotyped groups create and reinforce positive implicit associations, thereby counteracting implicit bias.”[7]

Therein lies an unfortunate irony.  Implicit biases not only play a role in producing segregated neighborhoods, but ironically these implicit biases can also contribute to their own perpetuation by limiting the debiasing opportunities that intergroup contact in neighborhoods would create.  Instead of turning to their neighborhood context for this debiasing opportunity, individuals living in segregated neighborhoods (particularly those who are cognizant of relationship between biases and one’s environment) instead may intentionally seek out other venues for intergroup contact, such as diverse organizations, places of worship, or other “third places”[8] where people congregate outside of home or work, such as barber shops or coffee shops.  Furthermore, even for those who live in diverse neighborhoods, it is important to recognize that debiasing effects are elastic and diminish over time if not reinforced.[9]  Debiasing requires consistent effort to modify existing mental associations, and intergroup contact such as that facilitated by diverse neighborhoods is just one of many possible debiasing interventions.

[6] One study that looked at racial biases in children found that diverse schools provided children many debiasing opportunities due to the high level of interaction that occurs in school settings.  In comparison to diverse schools, neighborhood diversity may not provide children as many opportunities to interact with individuals of other racial backgrounds.  See Telzer, E. H., Humphreys, K. L., Shapiro, M., & Tottenham, N. (2013). Amygdala Sensitivity to Race Is Not Present in Childhood but Emerges over Adolescence. Journal of Cognitive Neuroscience, 25(2), 234-244.

[7] Dasgupta, N. (2013). Implicit Attitudes and Beliefs Adapt to Situations: A Decade of Research on the Malleability of Implicit Prejudice, Stereotypes, and the Self-Concept. Advances in Experimental Social Psychology, 47, 233-279, p. 247. 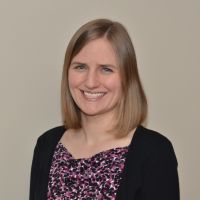