Social psychologists classify thoughts about social groups into attitudes and stereotypes. An attitude is an evaluative association between a group, such as Whites, and an overall valence that is positive or negative. By contrast, stereotypes are descriptive traits that we probabilistically ascribe to groups. For example, we might think that Asians (social category) are likely to be foreign-born (trait).

When I ask myself about my own attitude and stereotypes toward a particular social group, I assume that I can give myself a complete answer. But decades of scientific research have revealed that we get only part of the story. In particular, we have attitudes and stereotypes that are implicit, in the sense that we have no direct introspective access to them. In other words, in addition to explicit attitudes and stereotypes, we also carry implicit mental associations that cannot be accessed simply by closing our eyes and asking ourselves for an honest accounting.  Worse, these implicit social cognitions (ISCs) seem to reflect prejudices and generalizations found in our background culture, even if we expressly reject them as inappropriate or inaccurate.

Experimental social psychologists have accumulated substantial evidence that these implicit biases exist, are measurable, pervasive, large in magnitude (as compared to explicit biases), and have real-world consequences – at least on the margins.[1] For example, data from millions of participants at Project Implicit, which uses the Implicit Association Test (the most commonly used reaction time measure for implicit biases),[2] reveal that 68% of people have an implicit attitude that favors Whites over Blacks, and 72% of people have an implicit stereotype that associates weapons more strongly with Blacks than Whites.[3] Moreover, various studies have revealed that these implicit biases can predict, at least to a small degree, real-world behavior such as how we evaluate people as job candidates, respond to them through our body language, assess them in terms of threat, mete out penalties, and even treat them as patients.[4]

These findings have myriad implications for the analysis of residential segregation.[5] In this essay, I want to explore in particular how they might change our sense of moral urgency. My intuition is that the intensity of moral urgency felt about residential segregation depends on the degree to which segregation is seen as caused by current racial discrimination.  Here, I am using “race discrimination” extremely narrowly—what lawyers call disparate treatment and not merely disparate impact caused collaterally by decisions based on other grounds, such as class.[6] Also, I focus on discrimination taking place today, and not the material legacies of discriminatory decisions made decades ago. The reason for this narrow focus is not because I believe that disparate impact or the past are morally or legally irrelevant. Rather, it is because the strongest and broadest public consensus lies against racial discrimination in the form of disparate treatment taking place right now—e.g., treating a White family better than an identically situated and qualified Black family in selling a house, renting an apartment, or financing a mortgage.

My sense is that many Americans believe that segregation isn’t really caused by racial discrimination taking place today. According to this “common sense,” racial discrimination was common in the past (driven by very explicit biases). But today, segregation is driven more by simple economics: the rational pursuit of self-interest for oneself and one’s family. Most people simply want a safe and clean neighborhood, with good amenities, good schools, and good houses that will keep their property values. People with resources, of whatever race, will select and move into such neighborhoods and away from spaces with crime, blight, disorder, and poverty. According to this common sense story, racial segregation is just a collateral consequence of the banal fact that well-resourced people (who happen to be disproprotionately White) get to exercise their economic choice to move to “good” neighborhoods (again, which happen to be disproportionately White).

This “common sense” account saps the moral urgency to address racial segregation. First, people have hit civil rights fatigue and stop listening to arguments based on racial discrimination that occurred in the distant past. That was then, this is now. Second, disparate racial impact caused by economically “rational” behavior is viewed as regrettable but understandable, not deplorable. At worst, it’s really just the sin of being selfish, and when people are accused of being selfish about their families’ welfare, they often respond “Guilty as charged!”

What would generate greater moral urgency? First, evidence that racial discrimination isn’t something that happened only in the distant past. This is why audit studies continue to be so important to demonstrate the ugly fact that players in the housing market, trained to be identical except for race, are often treated differently as renters, home buyers, and borrowers even today.[7]

Second, when average folks like us—not just the large banks or institutional landlords or professional real estate agents—are making housing decisions, we’re not actually pursuing rational self-interest based on clinically measured benefits and costs tabulated in a colorblind spreadsheet. To the contrary, our very perceptions of “nice” neighborhoods and “nice” neighbors is infected by implicit bias.

Put it this way: If 68% of us associate White people faster with good words than Black people with good words on the IAT, should it be that surprising that we tend to see White neighborhoods as nicer than Black neighborhoods even if they have objectively the same qualities? Robert Sampson and Stephen Raudenbusch carefully documented the social construction of disorder. They meticulously observed the amount of physical and social disorder within neighborhoods (by using official police statistics and video collected from a roaming SUV that systematically recorded street footage). Even controlling for this objective baseline of real disorder, people’s perceptions of disorder (both within these neighborhoods and from without) were still influenced by the proportion of racial minorities living in the neighborhood.[8] Conceptually similar findings come from Lincoln Quillian and Devah Pager, who found a correlation between the amount of crime perceived and the percentage of young Black males living in a neighborhood regardless of the actual crime rates.[9] In sum, people see more disorder and danger where Black and Brown bodies reside—even controlling for actual, objectively measured differences.

Although the above studies did not directly measure implicit biases, there are plenty of studies that suggest that implicit attitudes and stereotypes against racial minorities exacerbate these sorts of judgments. For example, a negative implicit attitude makes it harder for us to recognize African Americans as smiling.[10] We also have an implicit stereotype associating Blacks with weapons, which has been correlated with our inclination to shoot Black characters faster in a simulated shooting game.[11] Philip Goff and colleagues have demonstrated the existence of an implicit stereotype between African Americans and apes. And this implicit stereotype has been found to correlate with the degree that police officers overestimate the age of Black children and also deploy force on Black youth.[12]

These biased perceptions of racial minorities and the spaces they inhabit fuel a predictable self-fulfilling prophecy.  On the margins, biased perceptions of fear and dread drive those who have resources to flee, and the disinvestment associated with that flight exacerbates the material conditions that lead people to have greater fear and greater dread.

What might popularization of the implicit bias story do to the national conversation about residential segregation? It shows that Family A and Family B are being treated differently on the margins today not in the distant past, not by some faceless bank or housing complex or close-minded bigot, but by us—even if the two families have identical relevant attributes. We do the same with Neighborhood A and Neighborhood B, again on the margins, because of how these neighborhoods have been racialized. These “race-space associations,” as clearly laid out by Michelle Wilde Anderson and Victoria Plaut, help explain how neighborhoods are stigmatized, with predictable impact on their desirability and their value.[13]

Explicit, stone-cold racists remain a serious problem in residential segregation. But many people think that such racists constitute an endangered species. Adding implicit bias to the story explains why even without such explicit racism, the segregation of the past can endure into the future simply by the actions of “rational” individuals pursuing their self-interest with slightly biased perceptions driven by implicit associations we aren’t even aware of.

We’ve met the enemy, and it is us.

[6] Whether disparate impacts are legally actionable under Section 804(a) of the Fair Housing Act, 42 U.S.C. § 3604(a), was the subject of the recent Mt. Holly litigation, which settled before the Supreme Court could decide the case. Mt. Holly Gardens Citizens in Action, Incorporated Versus Twp. of Mount Holly, 658 F.3d 375 (3d Cir. 2011) (cert. granted but then dismissed). 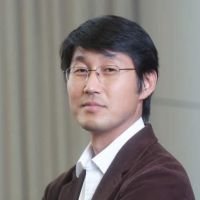 Jerry Kang is Professor of Law and Asian American Studies at UCLA. He is also the inaugural Korean Times - Hankook Ilbo Chair in Korean Studies and Law.