“A child’s course in life should be determined not by the zip code she’s born in, but by the strength of her work ethic and the scope of her dreams.”  –Barack Obama

When the President invoked the ideal of an equal playing field in his remarks on the 50th anniversary of the War on Poverty, he also underscored the powerful role that neighborhoods continue to play in brokering Americans’ life chances. Even as our everyday existence has become increasingly networked due to advances in technology, our home addresses still largely determine our educational opportunities, employment prospects, and chances at good health.

But not all neighborhoods provide the same supports, and place-based resource disparities thus play a major role in perpetuating inequality in the United States. Plenty of research over the past few decades has detailed the damaging effects of concentrated poverty, as well as the central role of racial discrimination in perpetuating harmful, multigenerational exposure to localized risks such as violence and other sources of stress and trauma.[1] And all too often, the people who live in places of concentrated poverty have never had any other real options—they are stuck there, without much choice.

This uneven playing field persists four decades after the passage of the Fair Housing Act, even as the landscape of opportunity across metropolitan areas is shifting; many pockets of urban concentrated poverty remain, and new ones are developing in suburbs.[2] Nearly half of African-American children live in neighborhoods with poverty rates over 30 percent,[3] and around one-fifth of all Americans live in areas with very limited access to good jobs, quality housing, a clean environment, healthy food, and opportunities for physical activity.[4]

These challenges merit a comprehensive policy response that leverages the power of places in shaping access to opportunity and exposure to risk. Our strategies must also confront the racial history underlying patterns of neighborhood disadvantage, and adapt to the particular needs of vulnerable populations that have experienced long stretches of entrenched poverty.

Place-based investments should continue to be a central component of this policy response. Altering the landscape of where people live is only part of the equation—the other part is changing the landscape itself.

Mobility strategies that expand access to high-opportunity areas for low-income families and racial minorities are important, and deserve our support. But even if efforts to expand low-income people’s housing “choice sets” are wildly successful, most will still remain in relatively poorer areas for the foreseeable future due to both supply- and demand-side barriers, as well as personal preferences. Allowing such deep neighborhood resource disparities to persist is unsustainable, both from a moral standpoint and in light of the social and economic downsides of under-investing in human and physical capital.

In sum, both approaches are needed in different places and at different times. The community development field will amplify its impact by recognizing the vital role played by mobility strategies and making common cause with human capital programs (long believed to be outside our purview). But it also must continue to identify and invest in the most effective place-based strategies. This is no easy task, but to do less is to shy away from the mission that led us to our practice in the first place. We are morally obligated to face up to the complexity required to truly change lives and futures. Luckily, some themes have emerged that can help us find the way forward.

For example, we have learned that “mono-line” strategies—such as building affordable housing, or increasing access to fresh food—are important building blocks, but are not enough to make a significant positive impact in low-income communities if pursued in isolation. This is especially true for the most vulnerable populations that have endured successive generations of neighborhood disadvantage, and who face a range of challenges that extend beyond a single area for potential investment.

When capable systems integrators or “quarterbacks” have led these integrated approaches, the results have been impressive. Examples include the East Lake Foundation’s transformation of the East Lake neighborhood in Atlanta, as well as Neighborhood Centers, Inc’s efforts across the Houston metropolitan area. Funders have also begun to adapt to silo-busting efforts on the ground. At the federal level, the Sustainable Communities Program and Promise Zones are two examples of the kind of interdepartmental, cross-sectoral collaboration that is needed from the public sector to support integrated strategies. More of these kinds of funder-level adjustments would be welcome.

We would also argue that the most advanced place-based investments are actually place-conscious, to use a term and framework advanced by Margery Turner and other scholars at the Urban Institute.[5] While focusing investments in a specific location, place-conscious strategies also leverage opportunities and partners outside the physical neighborhood—such as regional economic development strategies, or efforts to expand the geographic range of subsidized housing stock—as well as plan for how the area might evolve over time. Our organization’s work around regionally scaled, equitable transit-oriented development is one example of how this framework can be implemented.

In response to Raphael’s and Sheryl's eloquent prompt, it is worth noting here that mobility practitioners focused on expanding housing choices have actually gone through some of the same learning processes as place-based community developers that we describe above. For example, they have come to realize the importance of substantial service components—and also that positive impacts on vulnerable people’s lives require sustained investment over time, and can take many years to take hold. The same is true of investments in places.

In fact, the higher performing mobility programs currently in operation are by definition comprehensive and place-conscious, since they leverage multiple place-based benefits such as high-performing schools and safe streets, but also seek to help families align a range of needs across multiple locations and institutions—such as accessing work and child care.

It turns out that people- and place-based strategies aren’t so different after all—and that each, at this point, is probably misnamed as such. Going forward, the field should frame them as complementary elements of a broader policy response to combat neighborhood disadvantage. The constrained fiscal and political environment around our work should motivate us to at least entertain the idea of joining forces.

[1] See, for example, the work of Patrick Sharkey, who has also contributed to this forum.

Nancy O. Andrews is the Chief Executive Officer at the Low Income Investment Fund (LIIF). She tweets at @AndrewsNancy 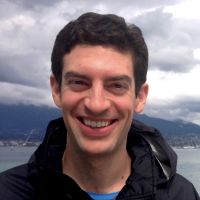 Dan Rinzler is Manager, Special Projects and Initiatives at the Low Income Investment Fund (LIIF). He tweets at @Dan_Rinzler.