Jeff Fagan’s blog denounces the “new policing” and in particular high volume “Terry” stops of pedestrians known as “stop, question, and frisk” (SQF). Of course the “new policing” is not that new, and some SQF programs in particular have been discontinued or are under attack. Recent legal challenges in Baltimore, Chicago, New York and other large cities have now limited its use. In the most prominent example, the federal district court ruled against the NYPD’s programmatic use of SQF in the Floyd case (2013), in part based on Fagan’s finding of frequent violations of the Fourth Amendment’s requirement of “reasonable suspicion” [1]. In Floyd and other legal actions, the legal challenge has also been mounted on the grounds that race was playing an illegitimate role in the police selection of “suspects,” in violation of the Equal Protection Clause. SQF suspects are typically youthful minority males, a pattern sometimes justified by the fact that this group is also greatly over represented as victims and perpetrators of gun violence in these cities. But it was relatively rare in practice for these stops to find any weapon or other contraband, suggesting ironically that the police were not being selective enough.

The NYPD reported 686,000 SQFs in 2011, but under legal and public pressure the NYPD has ended high-volume SQF in favor of carefully targeted stops: the SQF count had dropped to just 23,000 by 2015, 3% of its peak level. (There was also a drop in misdemeanor arrests during that period, though less dramatic.) More recently Chicago has experienced a sharp drop in SQFs, apparently as a result of an agreement with the ACLU initiated in January 1, 2016 that among other things imposed a greater paperwork burden on officers.

While campaigning for president, Donald Trump touted SQF as an effective crime control tactic, citing the extraordinary crime drop in New York City under Mayor Giuliani (1994 – 2001). But in fact there is no obvious correlation between the ramp up of SQF and the drop in murder and other violence in New York. That decline in violence began before the SQF program, and continued after it ended. Chicago experienced a sharp rise in gun homicide rates that coincided with the implementation of the ACLU agreement in January 2016, but that could be just coincidence, since other factors were by no means held constant in this “experiment.” For example, the video recording of a Chicago Police Department officer firing 16 shots at Laquan McDonald was released in late November, 2015, and the public outcry may have triggered a defensive reaction by the Chicago police.

To determine whether high-volume SQF “works” to deter gun violence requires better evidence that can isolate the causal effect. In fact such evidence exists. For example, experimental manipulations of SQF stops in Philadelphia and St. Louis have been analyzed by criminologists who found substantial reductions in crime in the experimental neighborhood in comparison with control neighborhoods. In high-crime areas, this research shows that aggressive policing improves public safety, at least in the short run [2].

Thus cities may face a tradeoff in the use of SQF. If high-volume stops can make a high-crime neighborhood safer, as appears to be the case, then that benefits the residents both by making them safer and quite possibly by making the neighborhood more attractive for employers and other investors. Given the extent of racial and class segregation in our cities, and the association of demographic factors with criminal violence, the beneficiaries are typically going to be Black or Hispanic [3]. But to the extent that young minority men in that neighborhood are subjected to frequent police stops even if not carrying a weapon, there is every reason for them to feel abused. The costs and benefits fall on somewhat different groups within the same community.

In any event, some courts have been skeptical of this approach and in some jurisdictions high-volume SQF is no longer viewed as an option. Whether there are other less noxious approaches to keeping illegal guns off the street remains to be seen. Fagan himself has argued, based on some evidence, that limited police stops based on probable cause (rather than the Terry standard of “reasonable suspicion”) may accomplish the crime-control effect with a much lower imposition on the residents [4]. Unfortunately, the question of “what works” in violence prevention is going to heat up in many cities if the recent surge of gun violence continues [5]. 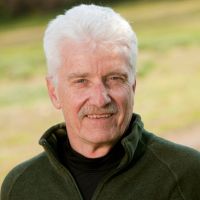