Health in the Segregated City

Segregation has become an important health risk factor within the field of social epidemiology (1,2), and practitioners should consider the complex relationships among health, health care, and segregation. We highlight three salient facets of these relationships: 1) poor, predominantly minority neighborhoods experience disproportionately high mortality rates, as well as worse outcomes on a range of health measures; 2) residential segregation helps give rise to a segregated health care system, which is associated with worse access to medical care and lower quality care for those who live in racially isolated neighborhoods; and 3) poor health itself may make it harder for families to leave disadvantaged neighborhoods.

Living in an economically disadvantaged, racially isolated neighborhood is predictive of a shorter life, particularly for Black residents. Researchers have found racial isolation to be associated with host of health risks for Black residents, including higher levels of overall mortality, premature mortality, infant mortality, along with a range of other poor health outcomes such as preterm birth, and low birth weight (3). Methodological limitations and some mixed findings aside, many social epidemiologists see residential segregation by race and class as a "fundamental cause" of health disparities because it shapes exposures to critically important health risks and protective factors. On average, disproportionally minority, and low income, neighborhoods provide lower quality educational and employment opportunities, expose residents to a disproportionate burden of unhealthy environmental risks, and discourage healthy behaviors by forcing residents to navigate degraded built environments and targeted advertising campaigns that encourage consumption of health damaging foods, alcohol, and other products (4). In combination with other risks, segregation contributes to striking health disparities over even extremely short distances. In Chicago, a few stops on the L can mean up to a sixteen-year gap in life expectancy, while just six subway stops separates neighborhoods with a 10-year difference in life expectancy in New York City (5).

Access to quality health care in the segregated city

While health care would ideally mitigate the health disparities caused by the inequitable patterning of upstream health risks across segregated metropolitan areas, the health care system itself is often subject to the same inequitable patterning associated with residential segregation. Further, patient-level discrimination compounds disparities in health care between White and Black patients. Both segregation and individual factors help explain why racial/ethnic minorities are more likely to experience difficulty accessing care (6), and to receive lower quality care when they do use the health care system, even after accounting for access-related factors including insurance status and income (7).

Predominantly Black, racially isolated neighborhoods are more likely to be primary care shortage areas (8),  also offering fewer ambulatory facilities, more limited access to physicians, and a lower supply of surgeons (9). Safety-net hospitals and clinics, which are health care institutions that provide a substantial portion of their care to Medicaid or uninsured patients, are more likely to serve predominantly Black and high poverty neighborhoods, and, on average, exhibit higher rates of adverse patient safety-events than non-safety net providers (10). How much of the disparity in outcomes experienced by Black versus White patients can be directly attributed to residential segregation? Residential segregation is roughly half the reason that Blacks and Whites are admitted to different hospitals, while individual characteristics, such as insurance status, account for the other half of our hospital segregation problem (11). In terms of care quality, about half the variance in at least one key measure of effective care, specifically eye exams for patients with diabetes in this study, has been attributed to the fact that Blacks and Whites live in different hospital markets, while 44% of the observed disparity stemmed from disparate treatment of Blacks and Whites within these markets (12).

Within-geography differences in how Black versus White patients experience care, although not attributable to segregation, compound health disparities generated by residential segregation. For example, when Blacks and Whites present with similar symptoms at cardiac care centers, Blacks receive cardiac catheterizations, bypass surgery, coronary angioplasty, and other life saving cardiac interventions at lower rates (13). Compared to White patients reporting moderate or high levels of pain, Black patients reporting equally high pain levels are less likely to receive opioids (14), and we see racial and ethnic disparities in medical expenditures, which can serve as a proxy for overall intensity of care (15), after controlling for other demographic, health status, and socioeconomic characteristics (16).

Most research on the associations between community racial/ethnic characteristics and health care outcomes has focused on Black isolation (10), while limited work has found Hispanic/Latino neighborhood composition to be an inconsistent predictor of health care outcomes (17–19). The consequences of Asian isolation for health care is poorly understood, but the few relevant studies have found a mix of null and positive associations between area-level proportion Asian and ability to access health care (20,21).

While it is well recognized that living in high-poverty, predominantly minority neighborhoods likely undermines health, the potential for poor health to reproduce segregation through feedback mechanisms that keep sick residents stuck in poor, racially isolated places, is poorly understood. Managing illness could impede movement out of high poverty, segregated neighborhoods by reducing capacity to find better paying work or to explore unfamiliar neighborhoods; lowering risk tolerance for taking on higher fixed monthly costs; depleting financial resources; and increasing dependence on neighborhood-based services and social ties (22). Evidence that sicker people have a harder time improving their neighborhood environment is limited, but such patterns occurred following Hurricane Katrina, where poor health prior to the storm predicted residence in a higher poverty neighborhood years later (22). Data from the Moving to Opportunity experiment (23) offered a chance to examine whether differences in health influenced the likelihood families that were offered a chance to move from high- to low-poverty neighborhoods with a housing voucher actually did so. Caring for a child with health challenges lowered odds of moving with a voucher, and those who did use their low poverty vouchers moved to less affluent areas, on average, than families not reporting that a child in the home had a health challenge (24).

Practitioners, advocates, and policymakers working to promote racial/ethnic and economic integration have a strong public health rationale for their work, but creating more equitable neighborhood conditions for Black and White residents is not sufficient to address segregation-related health disparities. Because segregation causes, and is potentially reproduced by, poor health, health care can and should serve as a crucial intervention to weaken links between segregation and disease. However, evidence shows that the scourge of segregation affects the U.S. health care system itself. A segregated health care system combines with medical discrimination and racialized socioeconomic disadvantage to create dramatically unequal experiences in care for Black and White patients. Social epidemiologists like to say that "housing policy is health policy," but to the extent that health helps sort families into neighborhoods, health care policy may also be housing policy. Mitigating the effects of segregation and working towards greater neighborhood integration should include efforts to provide equal quality, affordable health care across racial/ethnic groups and neighborhoods.

7. Medicine I of, Policy B on HS, Care C on U and ER and ED in H. Unequal Treatment: Confronting Racial and Ethnic Disparities in Health Care (full printed version). National Academies Press; 2002. 781 p. 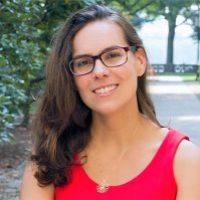 Mariana C. Arcaya is an Assistant Professor of Urban Planning and Public Health at the MIT School of Architecture and Planning. 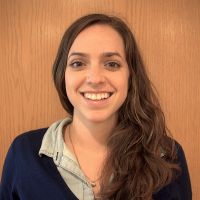 Alina Schnake-Mahl is a Scientific Doctorate Candidate at the Harvard T.H. Chan School of Public Health.