In my professional experience, I have encountered two distinct meanings for the word “segregation.” One refers to a legal regime or otherwise formalized system by which people in particular groups are kept apart or treated differently, as illustrated by the systems of state-enforced regulations under Jim Crow in the U.S. or under apartheid in South Africa. The second meaning is the one adopted by social scientists and other observers to refer to an empirical measure of separation or unevenness in distribution, typically across neighborhoods or schools. Sociologists such as Otis Dudley Duncan and Karl Taeuber developed and used various mathematically-calculated indices to reflect segregation of this second sort. In fact, the aim of creating a measure of segregation is a challenge that can be said to have launched a thousand articles. In this blog posting, I use the term segregation in this second sense.

To measure segregation in this sense, all you need is at least two groups of individuals, at least two sets of units containing individuals, one set nested within the other (such as schools within districts or census tracts within metropolitan areas), data on how these individuals are arrayed across these units, and a formula. Groupings of individuals that have been used by researchers include those differentiated by race, ethnicity, national origin, gender, age, religion, and housing tenure type. Unit designations can be geographical units like census tracts, they can be schools, they can be places of employment, etc.

Although such measures can be devoid of value connotation, it is often assumed that less segregation is better than more of it. As Mary Pattillo’s blog entry so eloquently argued, some of these implicit assumptions do not always stand up to close scrutiny. In contrast to racial segregation, it may be that economic segregation, such as that I have measured in schools, carries less of the misplaced normative baggage she addressed in her post. That is, education experts and social observers would be hard-pressed to come up with good things to say about economic segregation. Across schools, economic segregation almost inevitably means unequal access to the best teachers and other resources. In any case, empirical studies of segregation by economic status typically differentiate individuals or households according to a dichotomous indicator, such as poor vs. non-poor. (For a study of residential segregation using both racial and economic groupings, see Jargowsky (forthcoming).)

In work with Helen Ladd and Jacob Vigdor, I have applied one type of segregation index to two parallel groups of students in schools in North Carolina. We divided students according to whether they were eligible to participate in the federal free lunch program, which requires a family income not too much higher than the income cutoff for poverty status. Our units of analysis for this study were counties and, within those, schools. (For this analysis, we paid no attention to districts within counties.) We used an index of segregation that, like the Dissimilarity Index, ranges from 1.0 for complete separation to 0 for perfectly balanced schools. We found that the statewide average rate of segregation between students eligible for free lunch and those not eligible increased between the 1994/95 school year and the 2010/11 school year.  In Charlotte-Mecklenburg, a district that abandoned its previous policy of racial balance, the increase was about twice as fast as the statewide average. (As I note below, trends in racial segregation to some extent tend to mirror trends in economic segregation.) A contrasting policy was followed in Wake County, home of the state capital, Raleigh. Wake’s practice was to rebalance schools periodically (necessitated by the constant growth in enrollments) with the objective of having no schools with more than 40% of students eligible to receive free or reduced price lunches. As a result, economic segregation in Wake increased only modestly, slightly less than that for the state as a whole.

For comparison, we also tracked segregation by race and ethnic group. In 2010/11, average segregation between white and black students is higher than that between white and Hispanic students or that between black and Hispanic students, but all of these have increased over time. Comparisons across states using one measure related to segregation suggest that Southern states like North Carolina, along with states in the West, have relatively less racial segregation than states in the highly balkanized Northeast and Midwest, where a plethora of jurisdictions makes any kind of segregation, racial or economic, much easier to sustain. (Orfield et al. (2012) report that the percentage of black students in schools that are 90-100% minority in 2009/10 ranged from 30% in the West and 33% in the South to 44% in the Midwest and 51% in the Northeast.) In addition, I would guess that economic segregation in K-12 schools has increased over time, during a period when income inequality has increased for the nation. This trend appears to be showing up in colleges as well. How these two things—income inequality and economic segregation in schools—are connected is a good topic for further research.

Attention to economic differences—and economic segregation—is growing. There are good reasons to pay attention. Economic disparities in education have implications for equity. They also have implications for the effective use of the nation’s scarce resources if the economic return from investing resources in the education of low-income children is as great or greater than the return from investing in the children of the affluent.

Jargowsky, Paul A., “Changes in Segregation by Race and Class: The Implications for Schools,” in Annette Lareau and Kimberly Goyette (eds.), Choosing Homes, Choosing Schools: Residential Segregation and the Search for a Good School (New York: Russell Sage, forthcoming). 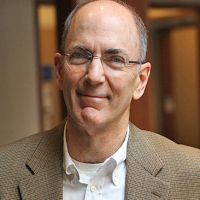 Charles Clotfelter is the Z. Smith Reynolds Professor of Public Policy Studies and Professor of Economics and Law at Duke University.