The election of an African-American president notwithstanding, American society continues to have significant sensitivities about race and class. The lack of venues to openly, honestly, and safely face and wrestle with these concerns allows them to float under the radar screen. As a consequence, our workplaces and social circles have embedded messages about race and class that can create tension, distrust and suspicion. These undercurrents make finding effective solutions when problems arise difficult and complex. Professor Mary Pattillo’s piece on integration and school desegregation in this discussion series makes the point clearly. Depending on your vantage point, your perception of race, class, power, and opportunity can differ substantially, meaning that what one person believes is a good action or policy might be viewed as less rosy or even considered to be detrimental by another person.

It is against this backdrop that we are trying to craft public policies to improve the conditions of poor and minority families and communities. Advocates hold very different perspectives on the best way to achieve the shared goal of increased access to opportunity and better quality-of-life. And the debates can get quite fierce. For this reason, the pursuit of equitable community development took more of Raphael's attention than virtually anything else he did during his tenure as Assistant Secretary fo Policy Development and Research at the U.S. Department of Housing and Urban Development, and remains an issue of deep personal concern and commitment to both of us.

Many of those advocating for increasing access to opportunity can be roughly divided into two groups offering different perspectives. One view focuses on racial concentration—i.e., the segregation of minorities—pointing out that people in isolated predominantly minority communities are less likely to succeed and thrive economically. Outside of ethnic enclaves that operate as gateways for immigrants and places where culture is preserved, this is generally correct.  There is considerable evidence showing the adverse effects of racial segregation on performance in schools, employment, health outcomes, and other quality of life dimensions. And when coupled with concentrated poverty, things are even worse. Indeed, this was one of the motivating factors for HUD’s inclusion of racially-concentrated areas of poverty as a focus in its proposed “Affirmatively Further Fair Housing” (AFFH) regulation.  Those focused on the negative effects of racially concentrated poverty, emphasize the need to support housing mobility and make it possible for residents to leave segregated neighborhoods with high concentrations of poverty in order to move to communities characterized by greater levels of economic and institutional resources.

The other view focuses on the economic isolation of these communities.  Building on the work of William Julius Wilson and others, which highlighted the disadvantage of people lacking social networks linked to employment opportunities and physical access to employment centers, people in this camp focus on trying to reduce communities’ physical and economic isolation. Achieving this reduction will require investing in communities, for housing, job training, education, and transportation, among other things. These investments are intended to accomplish two things. First, they are supposed to make it easier for people living in these isolated communities to connect with job and other opportunities that are available in other neighborhoods. Second, they can help transform a neighborhood so that it becomes attractive to those who have shunned it in the past. Those focused on the negative effects of economic isolation focus on place-based investments that can improve the built environment, social institutions, and the economic growth of urban neighborhoods.

So why is this an argument, when the “obvious” answer is to do both? There are many reasons why this conversation continues. We will touch on a few of the biggest ones. The first is a lack of consensus on what success should look like and what the priority should be. One camp argues that racial segregation is the primary problem and decreasing segregation should carry the greatest weight in assessing local actions. The other, alternative view holds that improving the conditions in poor, largely minority, isolated neighborhoods is critical – at least as important as the goal of reducing segregation. This view emerges in part from the serious concerns about improving conditions in slums, which has historically been the driver of housing policy in the US. The ongoing debate is in part a debate about which of these goals should hold more sway.

This lack of a unified definition of success is closely related to a second issue, which is a perception that the current federal housing programs give virtually no attention to segregation concerns. Take the Low-Income Housing Tax Credit program, for example, which is the largest federal affordable housing production program. Many Low-Income Housing Tax Credit (LIHTC) developments are located in poor, isolated minority neighborhoods, and the program actually gives bonuses for developments located in such areas. There are no comparable bonuses for projects sited in more affluent areas in which few minorities reside.  The imbalance – some would call it a bias – is clear. And some argue that this bias is a key reason why meaningful change on the issue of segregation does not occur. The status quo is merely perpetuated. Yet those who support investing in communities rarely face or embrace such arguments. This is a source of additional tension.

While these are technical issues focused directly on the nuts and bolts of program design and implementation, there are other challenges that are very important, perhaps even more important. Primary among these is that these discussions are about more than race and class. Culture is very much present.  We are strengthened, nurtured and comforted within our community context.  This is the blessing of multiculturalism, but also its curse. On our good days we see other traditions as valuable and interesting, but on our bad days they are the source of suspicion and mistrust. We have seen many conversations shut down, as people around the table are overcome by visceral reactions to feelings that their culture, experiences, and voice are being disrespected or disregarded.

Language and perception are significant hurdles. Many residents of poor, impoverished neighborhoods hear in the anti-segregation emphasis on housing mobility an implied statement that they are the problem and that they and their communities have limited or no value. Having to move involves significant costs for the families that have to make the transition, and many feel that these costs have not been adequately recognized or appreciated in these discussions. Underlying this is a question: if poor, minority families are bearing much, if not most, of the cost, are we not saying that they are the problem? It was shocking to hear a fair housing advocate describe a minority neighborhood with concentrated poverty as being “impacted,” suggesting implicitly that the presence of poor, minority families is a malady to be treated and eliminated. To many, this smacks of blaming the victim, and it heightens the tension on these issues.

To be clear, though, this latter issue is about more than just language. There remain serious questions about whether the proposed policy remedy is the right one. It was striking that many participants in the Moving to Opportunity program did not stay in the “opportunity neighborhoods” that their vouchers allowed them to access, but instead ultimately settled in neighborhoods that were physically closer to their existing networks and only slightly better than their old neighborhoods along key dimensions such as poverty rate and school performance. In thinking about mobility programs, perhaps more attention needs to be given to the value of “neighborhood” and the social networks and institutions that communities have formed over time and how this should be incorporated into programmatic design.

A final reason why arguments persist in this area is because there is a real feeling that we are living in a zero sum game. There are not enough resources, and so any hint that some might be diverted to another use must be resisted vehemently. Consider again the tax credit program. In California, credits are already heavily over-subscribed under the framework that currently exists. If one were to broaden the scope of eligible projects, a difficult situation would become even more dire. And we must also mention the community development block grant program, whose funding has been cut by more than 25 percent in the past three years? Resource availability is a real issue.

All of these legitimate reasons notwithstanding, we can’t help but think that there should be a way to reconcile these two different approaches, both of which ultimately share the same goal of furthering opportunities and reducing economic and racial inequality. We are hopeful that HUD’s proposed AFFH regulation becomes a template that helps advance the ball. But practitioners and advocates in the field must get on board. Otherwise, we think the prospects for meaningful collaboration and coordination remain bleak. There have been some very good efforts, including a recent effort by the Ford Foundation. But more is needed. Much more.

Raphael Bostic is the Bedrosian Chair on Governance and the Public Enterprise at the Price School of Public Policy at the University of Southern California. He formerly served as an Assistant Secretary for Policy Development and Research at the U.S. Department of Housing and Urban Development (HUD). He tweets at @RaphaelBostic. 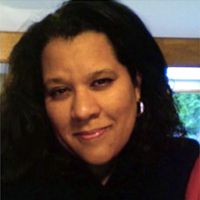 Sheryl Verlaine Whitney is a Partner of Whitney Jennings and was previously the Deputy County Executive in King County, Washington and a consultant to HUD on its Affirmatively Furthering Fair Housing regulation review. She tweets at @svwhitney.