The Housing Choice Voucher Program provides rental assistance that enables low-income households to rent apartments in the private market.  Besides making homes affordable in real estate markets throughout the country, the voucher program creates choice, allowing families to decide where they want to live.  It is this ability to choose that makes the program attractive.  Families receiving a voucher are able to use the same criteria we all do when deciding where to live:  quality of the neighborhood, proximity to family and social supports, location of religious and educational institutions, transportation, health care, and crucially, the availability and cost of housing opportunities.

The commentary written by Barbara Sard and Philip Tegeler cites a number of compelling statistics showing that a child’s zip code is highly correlated with her future success.  Changing a child’s zip code just might change a child’s future, but we need more research to understand what features of neighborhoods matter most and which interventions provide the most benefit to children’s long-term outcomes, such as increased educational opportunities, access to better jobs, reduced involvement with the social service and criminal justice systems, improved health, and wealth creation through homeownership and other means.

The authors underscore the potential value of a reformed Housing Choice Voucher program in helping families move to more enriching neighborhoods.  When considered together, the evidence suggests that the U.S. Department of Housing and Urban Development (HUD) may be missing a significant opportunity.  The proposed reforms have merit and many could be incorporated into the voucher program.  However, advocates have the luxury of not having to balance their reform positions with the realities of the funding, operation, and administration of the voucher program itself.

HUD must balance competing goals with the voucher program.  One is a real reduction in homelessness.  In addition to funding for special purposes, such as vouchers to reduce chronic and veterans homelessness, HUD must decide how best to use its limited appropriations to support current program participants and to add new participants who sit on waiting lists for years at high risk of becoming homeless. Tegeler and Sard encourage housing mobility counseling programs to assist families in moving into higher opportunity areas.  Funding for such counseling comes either from the voucher program or, as the writers suggest, from a city’s Community Development or HOME block grant programs, which are already over-committed.  Creating incentives in the program to encourage landlords to lease to voucher holders and to encourage administering agencies to achieve better locational outcomes may also require money, thereby shrinking existing funding.

Should the program 1) house as many families as possible given the funding, so that they may avoid homelessness or be able to afford the rent?; or 2) house a lesser number of families in higher opportunity but more expensive communities?  For example, in one existing voucher program with counseling, the cost of a voucher being used in opportunity communities is twice the national average.  The counseling assists families in making informed choices about their potential moves and provides support for them as they venture into less welcoming neighborhoods, but it comes at a steep cost.  Use of voucher funding for expenses other than actual rent subsidies means fewer families housed.

Further, there are a number of other conditions, beyond HUD’s control, that affect the ability of voucher holders to reside in communities with low poverty concentrations. The supply of rental housing, the availability of transportation, the adherence of municipalities and of landlords to fair housing laws both in spirit and intent, and the attitude of neighbors, for instance, can both affect the ability of voucher holders to find housing in areas with higher opportunity and shape the effects of that move on their family’s well-being.

Some models to overcome such barriers exist. One was set in motion when a housing developer wanted to build market-rate homes in a town in the western United States. Crucially, municipal legislation required that a portion of units be affordable. Together with a strong non-profit organization, the partners worked to create a new neighborhood in an idyllic location about 15 miles outside of a large metropolitan center with access to public transportation.  In this wide open, green-grass, blue-sky setting, the non-profit and for-profit homebuilder invested significantly in the local schools. The public schools are among some of the best in the state. Concerned about their property values as voucher-holding families moved in, a few residents moved out in response, but most remained and were joined by other new residents, willing to build a welcoming, inclusive community. When the murkier issues of race and class presented themselves, people who believed in the goal of integrated housing worked to overcome them.

This community was developed with intentionality.  Inclusive zoning made the affordable housing possible, and advocates and educators worked to ensure that the entire community shared experiences and felt welcomed.  For instance, a sought-after day care provider operates in the community, drawing parents of modest and not-so-modest means together, participating in the lives of their children.  As these children grow up and go to school together, they will benefit from a richer educational environment that can make other opportunities possible.

In short, there are broader structural problems, such as a shortage of affordable rental housing, a lack of accessible public transportation, and continuing resistance to economic and racial integration that challenge voucher program outcomes, even with counseling.  Working on these structural problems may be more important than adding counseling or other expensive supports to the voucher program, which will inevitably reduce the number of households that can be served.  Both fair housing advocates and HUD should be at the forefront of encouraging municipalities to address these obstacles, and both HUD and local municipalities should be asking more of developers, pressing them to create opportunity-rich, affordable communities like the one described above.

When political will, social responsibility, and financial resources work together, we can change our housing policy to foster greater residential integration across and race and class and to create more opportunities for low-income families.  It requires the sustained investment of social and financial capital.  A broad-based and concerted effort to end the zero-sum funding of the voucher program to allow both more families to be housed and more families with children to change their zip codes is one avenue that must be pursued.  Continued advocacy to end the larger structural problems that limit opportunities for voucher holders and for all low-income families is another. 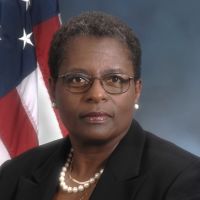 Sandra B. Henriquez is the former Assistant Secretary for Public and Indian Housing at the U.S. Department of Housing and Urban Development and former Chief Executive Officer of the Boston Housing Authority.