Ideally, our federal rental housing programs should give low income children and their families the opportunity to live in safe, healthy neighborhoods with access to high performing schools.  However, our housing programs are not currently well-structured to achieve this goal.  The unbalanced distribution of subsidized housing for families is partly a historical legacy of segregation, but it also results from ongoing policies and program structures.

Among our federal housing programs, the Housing Choice Voucher program is unique, because the subsidized family is not tethered to a specific location.  In theory, voucher families can choose to move to lower poverty neighborhoods, even crossing municipal and school district lines.  As we will describe below, the Housing Choice Voucher program has given children better access to quality neighborhoods than HUD “project-based” programs, but it is still falling far short of its potential.

Children need housing that is stable, affordable, and free from environmental toxins.   But housing location also matters for children’s health and development.  A growing body of research over the last several decades suggests that stress and exposure to violence in high poverty neighborhoods can affect children’s cognitive development, school performance, mental health, and long-term physical health.  These effects occur both directly and indirectly by influencing, for example, the mental health and parenting practices of parents.  Children in high-poverty neighborhoods are also more likely to be exposed to health hazards such as lead-based paint, vermin, and pollution, and, as a result, are more likely to suffer from asthma and the serious effects of lead poisoning.  Conversely, low-poverty neighborhoods tend to be free of these environmental stressors, and often have resource-rich, higher-quality schools.  Low income children tend to perform better in schools where many of the students are from higher-income families, teachers are more skilled, staff morale is high, and student turnover is low.  Poor children who have the opportunity to live for a long duration in low-poverty neighborhoods with high-quality schools appear to perform significantly better than those who do not.

These conclusions have clear implications for housing policy.  For our colleagues in community development, they point to the compelling need to revitalize poor neighborhoods, improve public safety, reduce concentrations of poverty, and improve school performance in high poverty schools. But there is also another important message for housing policy – we should be doing more to help families choose safer, “higher opportunity” neighborhoods that offer educational and other long term advantages for children.

In a recent essay in the Journal of the American Medical Association’s JAMA Pediatrics journal, Johns Hopkins Professor Craig Pollack and his colleagues summarize the growing evidence on the damage to children’s development associated with growing up in extremely poor neighborhoods and ask this same question:  why aren’t we doing more to help families with young children move to safer environments?  They point to the Baltimore Housing Mobility Program as an example – a voluntary program that is now focused on helping very low income families with young children move to low poverty, non-segregated areas with high performing schools.

Research by the Center on Budget and Policy Priorities finds that in 2010, only 15 percent of the nearly 4 million children in families that received rent subsidies through HUD’s three major rental assistance programs – the Housing Choice Voucher (HCV) program, public housing, and Section 8 Project-Based Rental Assistance – lived in low-poverty neighborhoods, where fewer than 10 percent of the residents have incomes below the poverty line.  The typical (or median) family with children that received federal rental assistance lived in a census tract that was 23 percent poor.  A greater share of such children (18 percent) lived in extreme-poverty neighborhoods (where at least 40 percent of the residents are poor).

The HCV program has performed better than HUD’s project-based rental assistance programs in enabling families with children to live in lower-poverty neighborhoods.  One in five families with children participating in the HCV program (20.2 percent) used their vouchers to live in a low-poverty area in 2010.  These families were disproportionately white, as a share of the total number of voucher families – but while having a voucher makes little difference in a poor white family’s ability to live in a low-poverty neighborhood, it makes a large difference for minority families.  More than twice the share of poor black children and close to double the share of poor Hispanic children in families receiving vouchers, lived in neighborhoods with less than 10 percent poverty in 2010, compared with poor black and Hispanic children generally.

HCV families are also much less likely to live in an extreme-poverty neighborhood, where at least 40 percent of the residents are poor.  More than a third (35 percent) of family-occupied public housing units and 22 percent of family-occupied, privately owned units with project-based assistance are in extreme-poverty neighborhoods.    A much smaller share of families that receive rental assistance through the Housing Choice Voucher program – 10 percent – live in these neighborhoods.

Nevertheless,  nearly half of families with children use vouchers in poor neighborhoods that may diminish children’s economic prospects and future health, and a quarter of a million children in the HCV program are living in the most troubled neighborhoods, despite the better options that having a voucher should make available to them.  Increasing poverty and concentrations of the poor since 2010 likely means that the current situation is worse than these data indicate.  A 2012 PRRAC/Furman Center report found that an alarming 24.9 percent of voucher families with children were living near the lowest-performing elementary schools, and more than 40 percent were living near very high poverty schools (in many metro areas, these rates are much higher).

In spite of these trends, HUD policymakers and local program administrators have the ability to enable a much larger share of families to use vouchers to access high-opportunity neighborhoods, without any need for new federal legislation.

Measurably expanded opportunities for families to choose affordable housing outside of high poverty neighborhoods; and
Measurable progress for families with children of all racial and ethnic groups to move to low-poverty, safe communities with high-performing schools.

Even in the current fiscally constrained environment, we can make substantial progress toward these goals in the next few years, without action by Congress or additional funding.  Federal, state, and local agencies can make four sets of interrelated policy changes that will help families in the Housing Choice Voucher program live in better locations.

A. Create strong incentives for local and state housing agencies to achieve better location outcomes. Federal policy should provide incentives for agencies to reduce the share of families using vouchers in extreme-poverty areas and increase the share residing in low-poverty, high-opportunity areas.  HUD could do this in three ways: by giving added weight to location outcomes in measuring agency performance, reinforcing these changes with a strong fair housing rule — the rule that will revise HUD grantees’ planning for how to achieve outcomes that further fair housing goals — and rewarding agencies that help families move to high-opportunity areas by paying these agencies additional administrative fees.

B. Modify policies that discourage families from living in lower-poverty communities.  Many HCV program policies – at both the federal and local levels – have the effect of encouraging families to use their vouchers in poor and often racially concentrated neighborhoods.  HUD should finalize its rule on public housing agencies’ obligation to affirmatively further fair housing and revise federal policies (like the metro-wide “fair market rent” system) to facilitate families moving to higher-opportunity areas that aren’t racially concentrated.  And at least where necessary to help families move from extreme-poverty, highly racially concentrated neighborhoods to higher-opportunity communities with less poverty, HUD should require agencies to identify available units in these lower-poverty communities and extend the search period for families seeking to make such moves.

C. Minimize jurisdictional barriers to families’ ability to choose to live in high-opportunity communities.  HUD should modify the HCV program’s administrative geography to substantially reduce the extent to which the boundaries of housing agencies’ service areas impede the program’s ability to promote access to higher-opportunity neighborhoods.  HUD could substantially lessen these barriers by encouraging agencies in the same metropolitan area to unify their program operations and by simplifying “portability” procedures.

D.  Assist families in using vouchers to live in high-opportunity areas.  To expand housing choices in safe, low-poverty neighborhoods with well-performing schools, state and local governments and housing agencies should adopt policies — such as tax incentives and laws prohibiting discrimination against voucher holders — to expand participation by landlords in these neighborhoods in the HCV program and to encourage interested families to use their vouchers in these areas.  Such assistance for families could include financial incentives to offset the additional costs of moving to high-opportunity areas, mobility counseling, and programs to expand access to cars and other transportation to and from these areas .

While HUD works to reform the HCV program (its largest rental assistance program), it has the opportunity to move even more quickly in three smaller programs that rely in large part on vouchers for their success.  First, the Moving to Work (MTW) demonstration program, which gives 39 public housing agencies budgetary flexibility and freedom from many HUD regulatory requirements:  MTW has an explicit statutory goal of “increasing housing choices”, which has never been defined or implemented by HUD.   As HUD is considering extending MTW contracts beyond 2018, it should require better outcomes from participating agencies’ HCV programs.  Second, the Rental Assistance Demonstration enables public housing agencies to leverage private funding to rehabilitate and preserve their properties, and provides residents (for the first time) a choice to move with tenant-based rental assistance.  If implemented well and expanded with strong HUD guidance, this program could help many more families live in higher-opportunity neighborhoods.  Finally, HUD’s Choice Neighborhoods Initiative provides funding to revitalize distressed HUD-funded properties as a means to support the broader goal of improving residents’ lives and conditions in the surrounding neighborhoods, with parallel investments in education and safety from partner agencies.  Choice Neighborhoods expressly requires participating agencies to offer housing mobility counseling to the families it serves – yet the evidence of program performance to date has been mixed.

CBPP’s new report discusses these policy recommendations and their rationale in more detail.

This focus on geographic mobility goals (or increasing families’ ability to remain in affordable housing in neighborhoods that meet these goals) is not intended to imply that policymakers should not pursue broader strategies to increase incomes, enhance safety, and improve educational performance in very poor areas.  But the unfortunate reality is that we know relatively little about what types of interventions are effective at transforming extremely poor, disadvantaged neighborhoods.  Moreover, broader economic development and revitalization strategies take many years and are likely to be very costly.  The bottom line is that we need to rebalance our seriously out-of-balance housing policies, and pursue both neighborhood revitalization and housing mobility strategies simultaneously.  The well-being of literally millions of children depends on it. 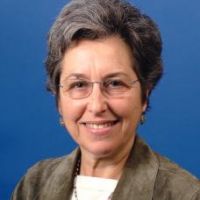 Barbara Sard is the Vice President for Housing Policy at the Center on Budget and Policy Priorities (CBPP). 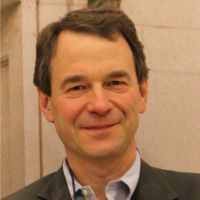 Philip Tegeler is the Executive Director of the Poverty and Race Research Action Council (PRRAC).