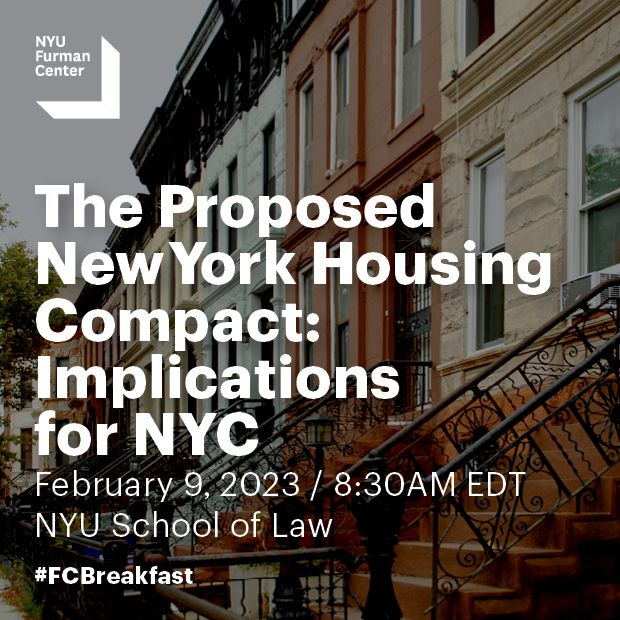 New York State is facing a housing affordability crisis after many decades in which the shortage of new homes and apartments worsened while incomes didn’t keep pace with rising rents. Governor Hochul, along with New York City Mayor Eric Adams, has called for the state to intervene more directly to ensure that every city, town, and village across the state contributes to meeting New York’s housing needs. Join us on February 9 for a Policy Breakfast focused on the New York Housing Compact and its implications for New York City and its suburbs.