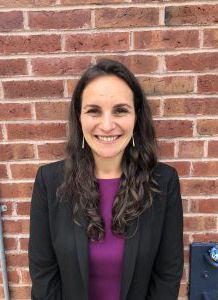 Nicole Summers is a Clinical Instructor at the Harvard Law School Legal Services Center, where she works with the Housing Law Clinic.  Previously, Nicole was a Legal Fellow at the NYU Furman Center, where she conducted academic and policy research on housing law issues, and a staff attorney at The Bronx Defenders and Northeast Justice Center, where she represented low-income tenants and former homeowners in eviction proceedings.  She also served as a law clerk to Chief Justice Ralph Gants of the Massachusetts Supreme Judicial Court.

While in law school, she served as a student attorney at the Harvard Legal Aid Bureau and co-led its Foreclosure Task Force.  Her scholarship has appeared or is forthcoming in the North Carolina Law Review, University of Pennsylvania Journal of Law and Social Change, Harvard Human Rights Journal, and Political and Legal Anthropology Review.  Nicole holds an A.B. from Brown University, an M.A.L.D. from The Fletcher School of Law and Diplomacy at Tufts University, and a J.D. from Harvard Law School.  Nicole also teaches Spanish for Public Interest Lawyers at HLS and is a Research Affiliate at the NYU Furman Center.