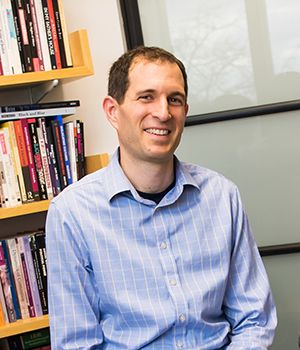 Justin Steil is an Assistant Professor of Law and Urban Planning. Broadly interested in social stratification and spatial dimensions of inequality, his research examines the intersection of urban policy with property, land use, and civil rights law. His recent scholarship has explored the relationship between space, power, and inequality in the context of immigration federalism, residential segregation, lending discrimination, environmental justice, and mass incarceration.

Before coming to MIT, Justin was a Fellow at the Furman Center for Real Estate and Urban Policy at New York University Law School. Prior to NYU, he clerked for the Hon. M. Margaret McKeown, United States Court of Appeals for the Ninth Circuit, and the Hon. Kimba M. Wood, United States District Court for the Southern District of New York. Before graduate school, he worked as advocacy director for a non-profit fighting predatory lending practices, urban planner for an environmental justice organization focusing on brownfield redevelopment, program manager for a project bringing youth and prisoners into critical dialogues about justice, and trainer with a domestic violence crisis center instructing police in Ciudad Juárez in the support of survivors of sexual assault.

Justin received a B.A. from Harvard College in African-American Studies, an M.Sc. from the London School of Economics in City Design and Social Science, a J.D. from Columbia Law School, and a Ph.D. in Urban Planning from the Columbia Graduate School of Arts and Sciences.  For most of the past two decades, he has volunteered teaching in jails or prisons, and he has co-founded volunteer teaching programs at Boston’s Suffolk County House of Correction; New York City’s Riker’s Island Correctional Facility; and the federal Metropolitan Correctional Center in Manhattan.