Twenty highlights to celebrate 20 years of advancing research and debate on housing, neighborhoods, and urban policy.

A Crisis is a Terrible Thing to Waste

The NYU Furman Center embarked on a series of empirical studies to understand the effects of the foreclosure crisis and convened the nation’s top industry experts to generate concrete recommendations for the Obama administration. Our series of empirical studies explored the consequences of the foreclosure crisis, including how foreclosures affect renters and children’s educational outcomes, as well as how they can reduce property values and increase crime in the surrounding neighborhood. Shortly after the Obama Administration took office, we also convened a national conference that brought together over 200 of the nation’s industry leaders to generate concrete policy recommendations. 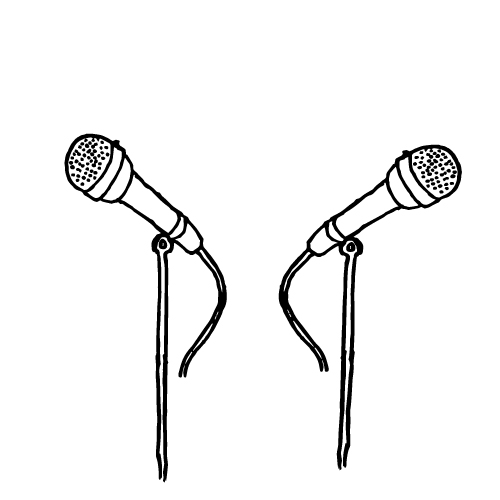 Dialogue on the Dream

On Martin Luther King Day in 2014, the NYU Furman Center launched The Dream Revisited, a series of debates featuring short essays written by experts on issues related to racial and economic segregation in neighborhoods and schools. To date, the series has brought together over 80 leading academics, researchers, practitioners, advocates, and government officials to address the challenges associated with segregation in written debate. 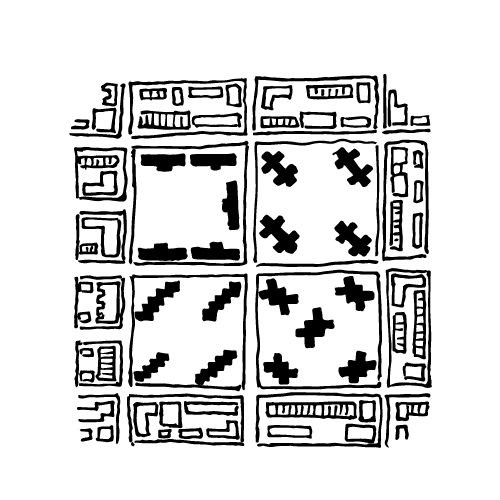 From NIMBY to YIMBY

A series of research by the NYU Furman Center helped to debunk commonly-held fears about the spillover effects of affordable housing.

A series of academic papers by the NYU Furman Center have shown that the creation of subsidized housing does not undermine school performance or property values. Indeed, our research found that the construction of Low Income Housing Tax Credit housing units in New York City generated external benefits for the surrounding neighborhood. 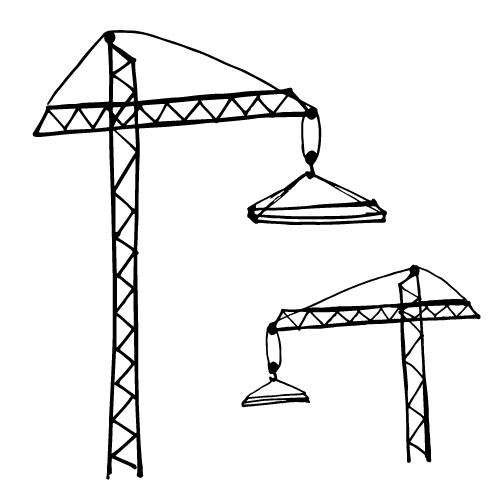 A series of NYU Furman Center reports examined the cost of new construction in New York City and the impact of city policies on housing production.

The NYU Furman Center’s 1999 report, “Reducing the Cost of New Housing Construction in New York City,” which was updated in 2005, examined regulatory barriers that increase the cost of housing. Since then, we have examined how other city policies affect construction in New York City, including the 421-a tax exemption, mandatory inclusionary zoning, and parking regulations. 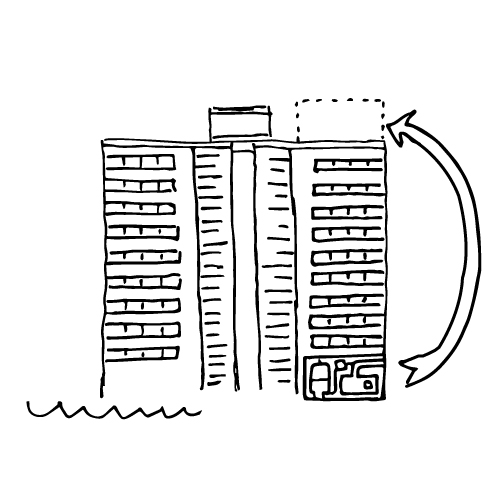 Following the devastation caused by Superstorm Sandy, the NYU Furman Center embarked on a project to convene engineers, architects, and code experts to address the challenges of retrofitting the city’s vulnerable multifamily housing. The project produced both design solutions as well as policy recommendations for city and federal officials to reduce regulatory and financial barriers to achieving long-term resilience in this stock. 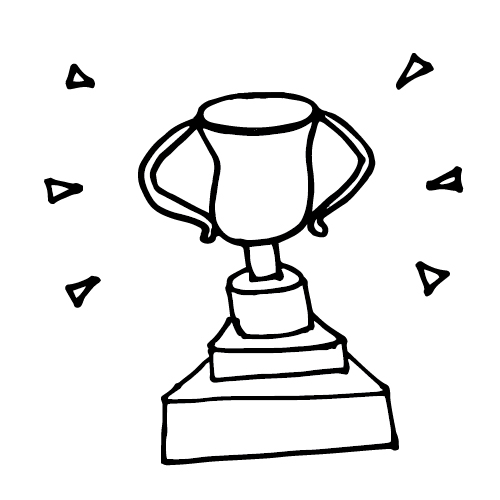 In 2012, the NYU Furman Center received the MacArthur Award for Creative and Effective Institutions.

We were one of 15 organizations from six countries to receive the prestigious MacArthur Award for Creative and Effective Institutions in 2012. Robert Gallucci, president of the MacArthur Foundation at the time, said of the NYU Furman Center and other award recipients, “[These extraordinary organizations] provide new ways to address old problems. They generate provocative ideas and they reframe well-worn debates. And their impact is altogether disproportionate to their size.” 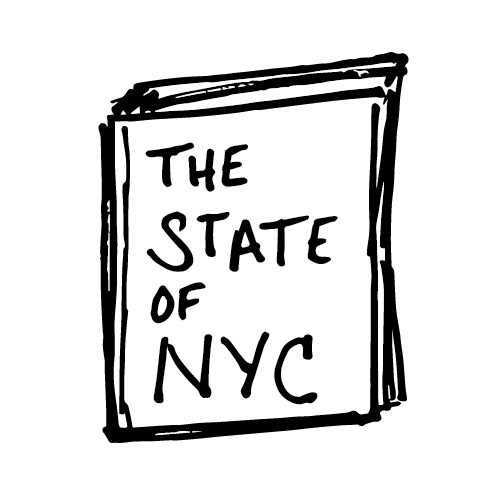 The NYU Furman Center’s annual compilation of housing, land use, demographic, and quality of life data for New York City, its five boroughs, and 59 community districts has been the city’s go-to data source since 2001.

For 16 years, the NYU Furman Center has provided New Yorkers a single source for all of their housing and neighborhood data needs. Our State of New York City’s Housing and Neighborhoods report remains a hallmark product relied upon by people throughout the city. Recent editions include a focus on a timely issue (such as income inequality, density, and gentrification), a citywide analysis, and a breakdown of data by boroughs and community districts. 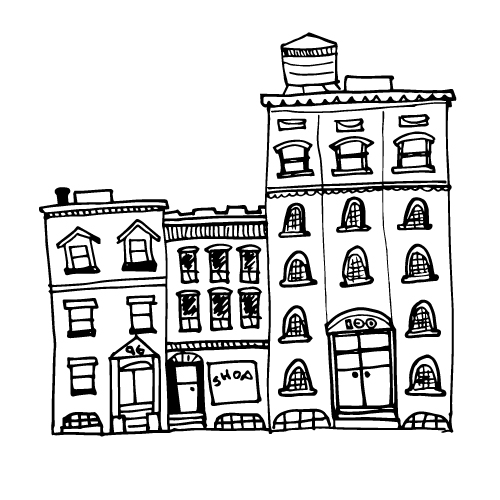 The Dish on Density

NYU Furman Center density research revealed that a typical New Yorker lived in a less-dense neighborhood in 2010 than in 1970, even though by 2010 the city had reached an all-time population high.

Amid the growing concern about the effects of higher density on quality of life, the NYU Furman Center examined how New Yorkers experienced residential density between 1970 and 2010. We found that, during this period, the distribution of the city’s population shifted from high-density to moderate-density neighborhoods. And, despite common fears, density is related to certain positive neighborhood amenities, such as lower crime rates, and unrelated to many negative attributes, such as crowded classrooms and lower-performing schools. 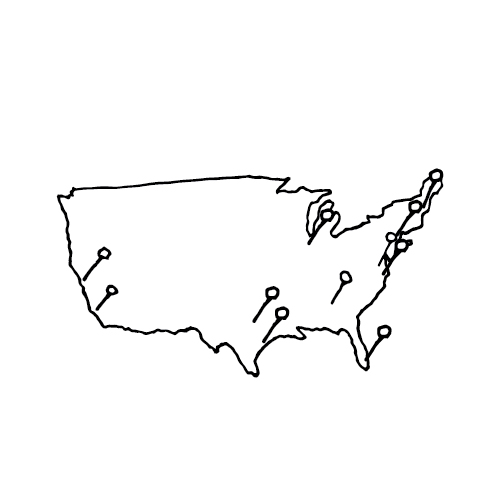 Beyond the Big Apple 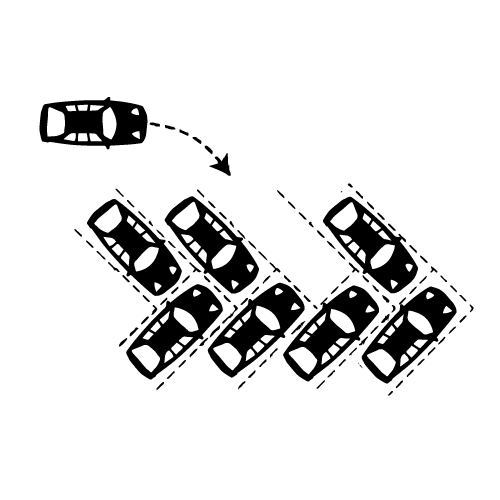 Searching for the Right Spot

Research by the NYU Furman Center found that New York City’s minimum residential parking requirements cause developers to over-supply off-street parking spaces—building more than tenants and homebuyers would otherwise demand. Our research revealed that these regulations are likely driving up the cost of housing. Since this research was published in 2012, cities have revisited minimum parking requirements as a strategy to improve housing affordability with little government spending. 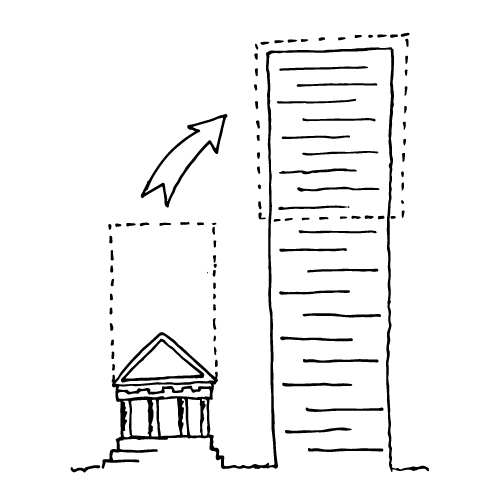 Housing Out of Thin Air

The NYU Furman Center amassed a dataset of all transferable development rights (TDR) transactions in New York City over nine years. In 2013, we published a comprehensive analysis of all 243 arms-length transactions during this period, which illustrated wide variation in the price paid per square foot of development rights—even for those sold within the same neighborhoods, programs, and time periods. 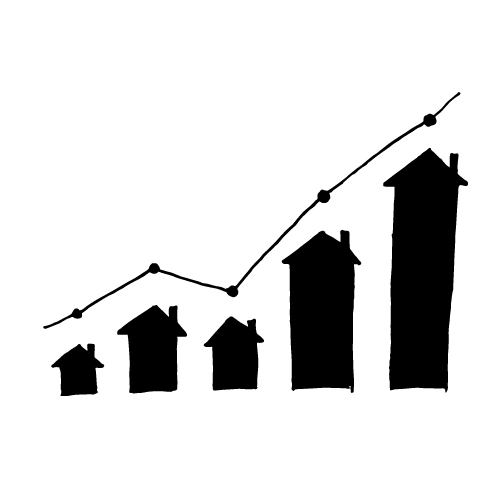 The Rent is Too Damn High

NYU Furman Center series on affordable housing strategies for high-cost cities explored the data and policy questions behind the most pressing challenges facing large US cities with rapidly rising rents.

Rising rents and stagnating incomes have led to an unprecedented affordable housing shortage in New York City and other cities in the US. Using data and policy analysis, the NYU Furman Center’s series on affordable housing for high-cost cities explored the challenges of providing affordable housing in cities with rapidly rising rents. Each brief in the series explored a pressing issue: the economics of mandatory inclusionary zoning; the trade-offs involved in developing on underused NYCHA land; the challenge of preserving affordable rents in unsubsidized housing; and the reform of the 421-a tax e­­­xemption. 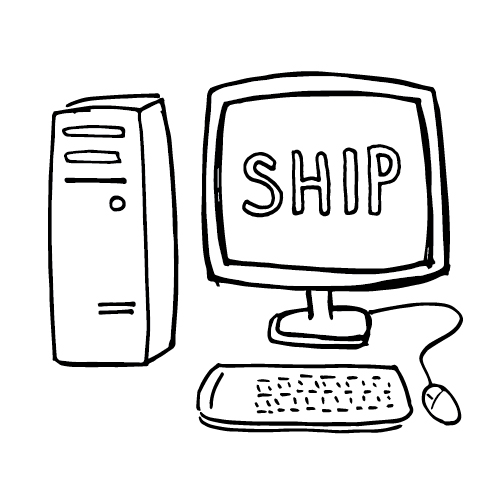 ‘Big Data’ Before Data Was Big

For decades, New York City has provided subsidies to private developers to promote the creation of affordable housing. But as many of these buildings neared the end of their subsidy terms, there was not a single source of information available to residents about the status of their home. The NYU Furman Center’s Subsidized Housing Information Project (SHIP), launched in 2012, brings together multiple data sources to provide information on thousands of privately owned, subsidized rental properties in New York City. A new and improved SHIP database will launch in fall 2016 with new data sources and new functionality. 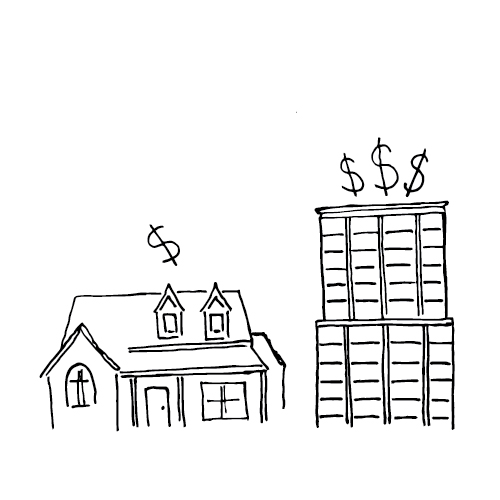 The NYU Furman Center highlighted how New York City’s property tax burden is unevenly distributed across different property types and examined the affect this distribution may have on housing costs.

A series of studies by the NYU Furman Center revealed that not all properties are created equal when it comes to New York City’s property tax. Our first study highlighted that the city’s tax system provides different tax treatment of equally valuable properties, depending on the use of the property and the form in which it is owned. A follow-up study outlined how some of New York City’s most valuable properties in its highest-cost neighborhoods are significantly and persistently undervalued by the city’s Department of Finance. 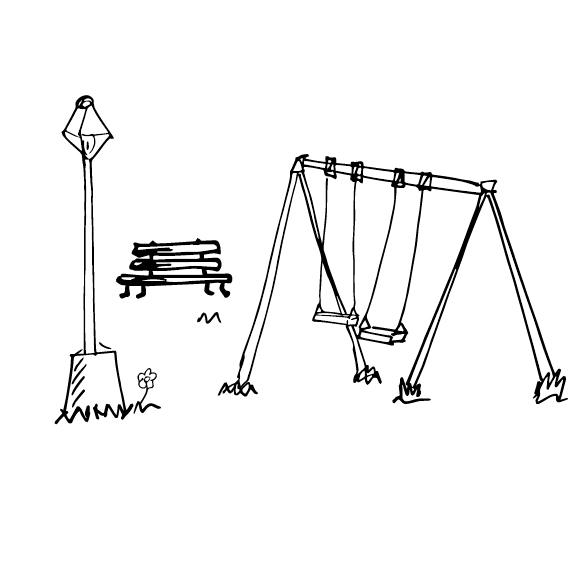 It Takes a Village

NYU Furman Center researchers have undertaken several studies to better understand the effect that neighborhood conditions have on children’s lives. One study found that students who have been exposed to a violent crime on their block a week prior to taking a standardized reading test perform worse on that test. Other studies showed that residential segregation appears to widen disparities in college graduation and birth outcomes. 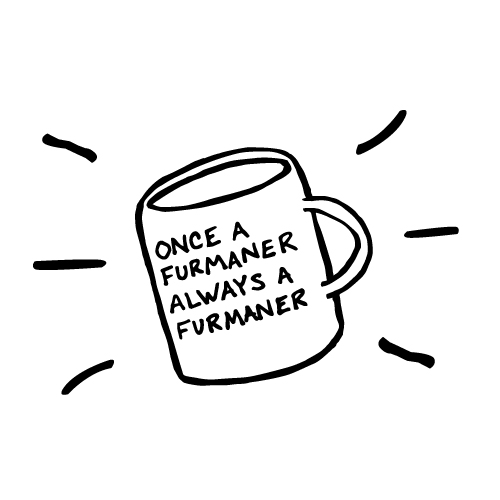 The NYU Furman Center’s network of former fellows, staff, and researchers has grown in both size and influence.

A joint center linking the NYU School of Law and Wagner School of Public Service, the NYU Furman Center brings together scholars and students from multiple disciplines and provides a rigorous training ground for the next generation of leaders in housing and urban policy. As we have grown in size over the years, our network of “Former Furmaners” has blossomed. Today, our nearly 300 former research assistants, fellows, and staff members hold impressive posts in government, academia, and the private and nonprofit sectors in New York City and around the world. 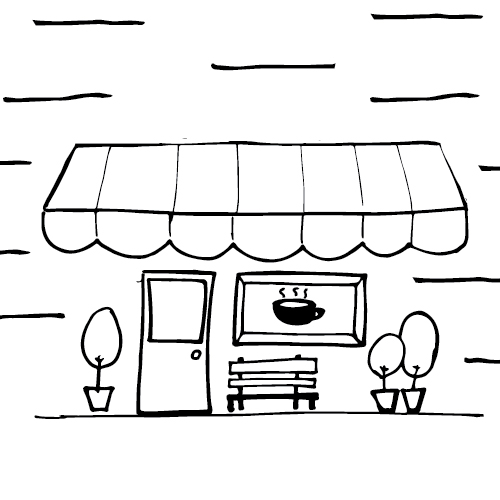 Change is the Only Constant

NYU Furman Center research on gentrification explores the dynamics of changing neighborhoods in US urban areas, including household choices, racial integration, and displacement.

The NYU Furman Center’s neighborhood change research seeks to understand the process, drivers, and consequences of gentrification. The research has identified a marked increase in the share of low-income, urban neighborhoods experiencing increases in income and rents, but it has not found evidence of heightened displacement—even among the most vulnerable, original residents. The research has also helped to identify the motivating factors that drive higher-income households to relocate to lower-income neighborhoods. 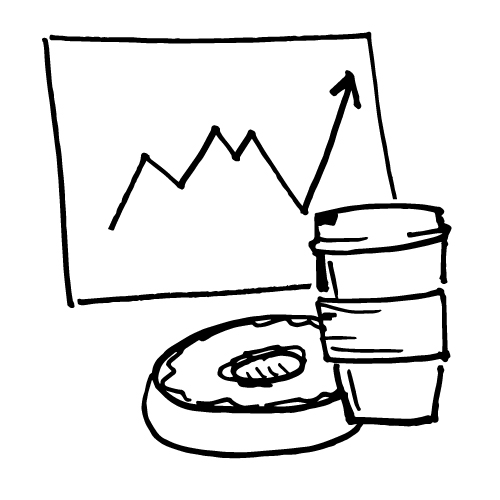 Since 2000, the NYU Furman Center has been serving up breakfast and productive policy conversations to New York City’s housing community.

The NYU Furman Center’s Policy Breakfasts, a series that has included dozens of events over the past 15 years, bring together policymakers and experts for honest and thoughtful exploration of pressing policy issues related to housing and urban policy. Past topics include the financial condition of NYCHA (fall 2008), potential reforms to the Community Reinvestment Act (spring 2010), transferable development rights (fall 2012), strategies for affordable housing preservation (fall 2014), and homelessness prevention and exit strategies (spring 2015). 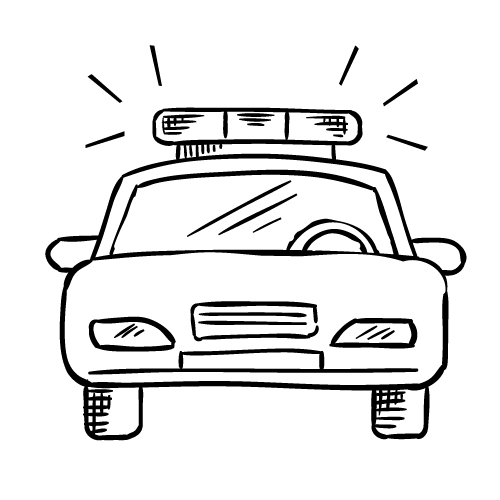 NYU Furman Center research finds that an influx of Housing Choice Voucher-holders in a neighborhood does not lead to elevated crime rates.

Our empirical research explored what happens to crime rates when Housing Choice Voucher holders move into a neighborhood. Though crime rates tend to be higher in neighborhoods with more voucher households, this positive relationship was not what it seemed. Rather, crime increased and neighborhood conditions deteriorated prior to the expansion in voucher use, suggesting that voucher-holders tend to move into neighborhoods where crime is elevated. 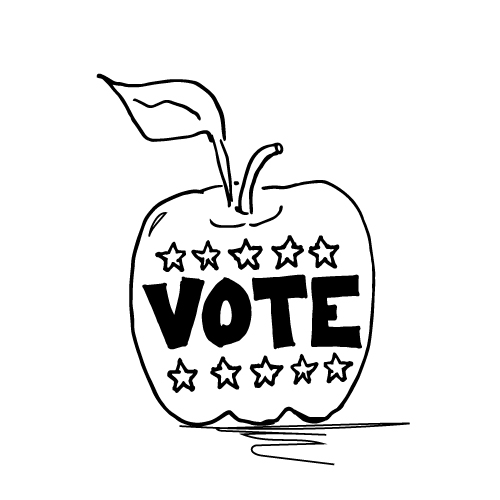 Leading up to the first election of a new mayor in 13 years, the NYU Furman Center helped highlight housing issues in the discussion surrounding the election. We hosted a debate among the mayoral candidates focused on housing, and issued a policy brief series—NYC Housing: 10 Issues for New York City’s Next Mayor—that outlined key facts about the city’s most pressing housing issues and trade-offs involved in choosing strategies to address them.